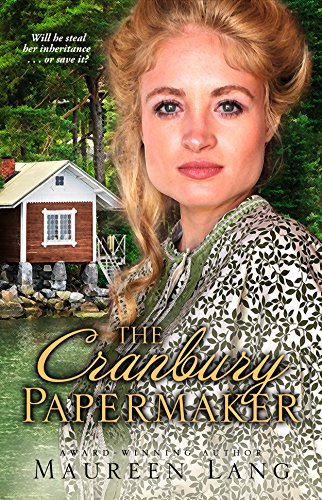 Will he steal her inheritance . . . or save it?

Arianne Casterton is devastated when her father and his new wife are killed in a train accident. Despite her faith in God, Arianne’s grief soon turns to despair when she discovers one-third of everything her father owned has been transferred automatically to his wife’s son and heir, Jonas Prestwich—someone Arianne never knew existed.

Jonas’s mother married a backwoods papermaker much too soon after becoming a widow, embarrassing Jonas who lives among Philadelphia’s elite. Though he’s distressed by his mother’s death within a year after losing his father, receiving a portion of the papermaker’s inheritance feels like justice.

God has blessed Arianne with the passion and talent for papermaking in her family’s tradition, but the demands of keeping the business going are nearly overwhelming. When Jonas offers to expand her efforts into something more modern and profitable, Arianne is suspicious, reluctant to give up the art of handmade papermaking. But she realizes without his unwanted help she might lose everything anyway.

“Maureen Lang has long been one of my favorite authors. Her books entertain and inspire and The Cranbury Papermaker is no exception. I loved learning the history of papermaking, but it was her characters that jumped off the pages right into my heart. A must read for lovers of historical romance. You won’t be disappointed!”–Jill Eileen Smith 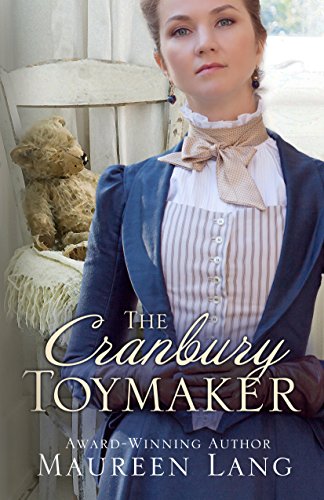 The moment Raina Wingate arrives in Cranbury, she’s convinced God brought her there for a reason. Surely her toymaking talents and aspirations can help her Aunt Esther restore the dilapidated Cranbury Inn!

Since Cade Levick’s return to his small hometown after the heartbreaking loss of his wife and, more recently, his young daughter, he’s worked hard at two things: woodworking, and establishing himself as Cranbury’s very own curmudgeon.

But when Raina discovers Cade was once a toymaker himself, she recruits his unwilling help to make her soft toys the best they can be.

Will Raina’s perpetual good cheer break through the boundary Cade has erected around his life? Or is learning to grieve the only way Raina can understand this particular town curmudgeon?

“Loved the history and story line. Powerful characters keeps you engaged. Really enjoy how she develops her story and makes you want more.” 5 star review

Pieces of Silver (A World War One Novel Series Book 1)

by Maureen Lang
4.7 stars – 44 reviews
Kindle Price: FREE!
Everyday Price:
Text-to-Speech and Lending: Enabled
Enjoy Maureen Lang’s Books? Tell us Why and Win a Free Book!
Don’t have a Kindle? Get yours here.
Here’s the set-up:

Liesel Bonner never questioned her loyalty to America—until she is forced to either protect or betray the man everyone expects her to marry.

David de Serra is the intriguing and handsome federal agent demanding Liesel’s help in his case against her would-be fiancé.

Set during the turbulence of 1917 as America is swept into the Great War, this is a tale of faith, betrayal and unexpected love.

All Liesel Bonner wants is to be part of the great service army, joining everyday Americans working to support the government and soldiers headed overseas to fight the Germans. But living in a place like Washington, D.C. makes it difficult to find someone willing to hire a German American.
All David de Serra wants is to stop German espionage—and to do so fairly, without targeting innocent German Americans.

David believes Liesel’s choice is easy: her country’s needs are more important than the loyalty she holds for a man she never really knew. When the lines blur between what both of them want, their lives are altered forever.

Pieces of Silver is Book One of the two-book First World War novel series, followed by Remember Me.

“Lang created a suspenseful read, making it hard to put the book down. A story of loyalty to God, country, and family, Pieces of Silver has a romantic, mysterious and satisfying appeal. Excellent story line and character development. Recommended reading.” (Carolyn R. Scheidies Author Choice Reviews 2006-04-01)

Before publication, Pieces of Silver won ACFWs Genesis Award. After first publication in 2006, it was a Christy Award Finalist then won Second Place in Wisconsin’s RWAs Write Touch Reader’s Award. This 2018 edition has been updated and re-edited by the author. 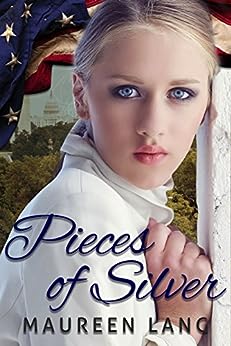