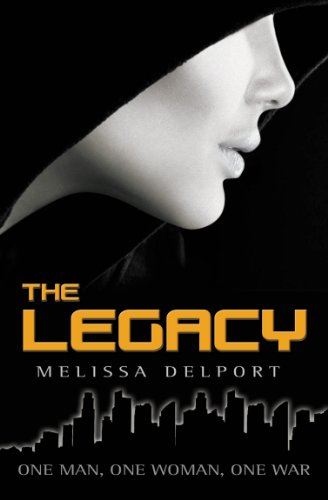 4.9 stars – 15 Reviews
Kindle Price: $7.99
Text-to-Speech and Lending: Enabled
Don’t have a Kindle? Get yours here.
Here’s the set-up:
One man obsessed with power.
One woman prepared to sacrifice everything to stop him.
One war that changed the world.

“Eric Dane has segregated the wealth and resources that remain, giving a select few the highest chance of survival and leaving the rest to starve!”

World War 3 lasted twelve days and almost eradicated the human species.
Growing up in post nuclear America, Rebecca Davis remained blissfully ignorant of the despotic leadership that had seized what was previously the most powerful nation in the world.
When the truth is revealed and Rebecca discovers that everything she has been taught is a lie, she is determined to fight for the life that she has not been allowed to live.
In order to do this, Rebecca has to cross the boundary fences and venture out of the safety of the New United States, into the barren wastelands. It is there that she finds allies she never dreamed existed.

In Rebecca, the Resistance has finally found the ultimate weapon.

“You were given this life Rebecca, because you alone are strong enough to live it.”

5-Star Amazon Reviews
“Absolutely loved it and could not put it down! Waiting desperately for the next one. You will not be disappointed if you buy it.”
“An enjoyable book to read, fast paced, well thought out and interesting which left me eager to get my hands on the sequel. I was thoroughly entertained from beginning to end, I highly recommend this book.”
“A brilliantly written book that captured my attention from the get go … it was so easy to read encompassing all avenues, sacrifice, love, honor, deception and a believable futuristic future. I wait with anticipation to get my hands on the sequel.”