The most interesting take on UFO’s in twenty years. 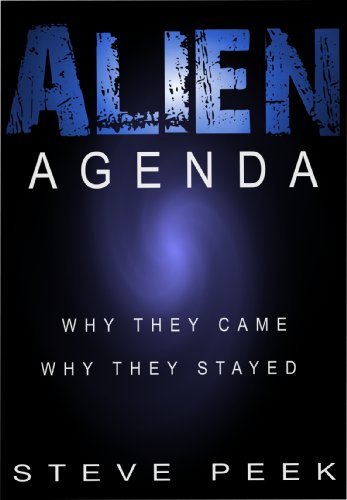 ALIEN AGENDA: Why they came Why they stayed

GET THIS DEAL NOW

Narrated by a rogue keeper of government secrets, this fact-based thriller begins with the death of America’s first Secretary of Defense, James Forrestal and posits he did not commit suicide but was killed for what he was about to reveal.

The story follows the trail of government research past the Manhattan Project and pulls that team of famous physicists to work on Project Rainbow, an outgrowth of secret research during World War II. Real history and real science make this story compelling and not easily dismissed even by UFO reports most cynical critics.

The evidence eventually leads to answer the big questions: What brought the visitors, why have they stayed, what do they want?

Hunted by a high-tech FBI unit, the narrator eludes capture and sets a kidnapping in motion that reveals the existence of Melanie, a ten year old girl prized by the visitors and held captive by the government.

More liberators than kidnappers, the group narrowly escapes numerous international agencies engaged in pursuit and delivers Melanie to a remote part of the world where she is safe – for now.

A sequel, Alien Agenda: Reunited, is in the works.

Did a U. S. President really do a deal with extra-terrestrials more than half a century ago? Have you, as an American, reaped the benefits ever since?

And now you know, are you prepared to pay the price?

Steve Peek has crafted one of the most compelling narratives you will ever read. Cast as the memoir of a Government agent, it grips like a thriller as it piles evidence upon convincing evidence to reveal the existence of a horrifying secret treaty with worldwide implications.

Is this work fact or fiction?

History, physics and genetics come together to create a believable, frightening story explaining why aliens came to Earth and how they engineered the most terrifying pandemic in human history. You already know about it. It is going to get worse. There is no cure.

In the tradition of Michener and Uris, historical events and real people blend into a fastpaced, compelling thriller that keeps you reading and leaves you wondering how much is actually fiction.

And here, in the comfort of your own browser, is your free sample of ALIEN AGENDA by Steve Peek: