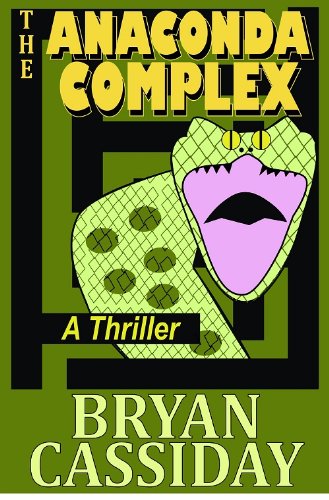 The Anaconda Complex
by Bryan Cassiday
4.5 stars – 2 Reviews
Kindle Price: $4.99
Text-to-Speech and Lending: Enabled
Don’t have a Kindle? Get yours here.
Here’s the set-up:
United States Senator John Stockwall of Texas is kidnapped on the doorstep of his house in McLean,Virginia. That’s just the beginning of a conspiracy hatched to shake America to its very foundations. The trail of the kidnapers leads Nick McQueen, who is a CIA hit man and a fugitive from the authorities, to a brutal murder on the casino-lined, neon playgrounds of Las Vegas. The al-Qaeda kidnapers plan to broadcast live on national TV a show stage-managed to humiliate and terrorize the American public. Publicized on Facebook, Twitter, and other social media on the Internet, the kidnapers’ final horrific act performed for their “Theater of Terrorism” aims to wreak havoc, kill thousands of Americans, and precipitate economic collapse in the United States.
Each day’s Kindle Daily Deal is sponsored by one paid title on Kindle Nation. We encourage you to support our sponsors and thank you for considering them.

Kindle Daily Deal: From This Moment On

In Bella Andre’s contemporary romance, a famous–yet secretly jaded and insecure–pop star falls in love with a handsome stranger she meets in a night club. But will her world of glamor and fame ever mesh with his grounded, peaceful manner?