The Bond, A Paranormal Love Story 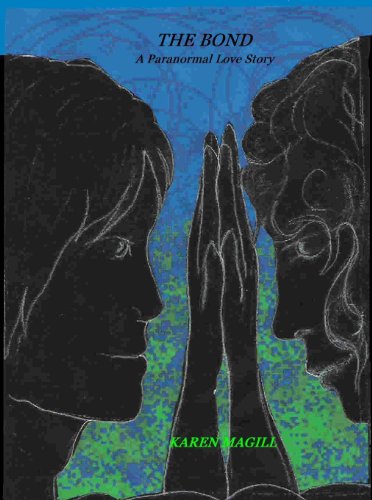 4.4 stars – 25 Reviews
Kindle Price: 99 cents
Or currently FREE for Amazon Prime Members Via the Kindle Lending Library
Text-to-Speech and Lending: Enabled
Don’t have a Kindle? Get yours here.
Here’s the set-up:
On February 24, 2013, The Bond, A Paranormal Love Story won MasterKoda’s Best Book of 2012, Indie Published.

A woman, Laura Neill, in Vancouver is struck by a Chrysler Intrigue while crossing the street. At the same time in Toronto a car also strikes Julian Rule. Both people have an out of body experience and meet as they are floating. Their ethereal forms bond as one before separating – each taking a part of the other’s soul with them as they return to their bodies.

When the two people wake up, they remember the experience they shared and have memories of each other. The simultaneous accidents created a psychic bond. They are truly soul mates. Although Laura is haunted by visions of Julian that she cannot understand, she has decided to make dramatic changes in her life. One of them is becoming engaged to a member of England’s nobility that has recently appeared in her life. When he senses that she is in danger – a feeling that is confirmed by a psychic friend – Julian goes to Vancouver to come to her aid. With the help of a detective, Julian is able to prove that Laura’s fiancé is a con artist and a murderer. When Julian confronts the man, he and Laura are placed in imminent danger.

One Reviewer Notes
“The Bond – A Paranormal Love Story takes readers on a emotional tale of love beyond  the confines of the five senses.” —Adrian M. Reader