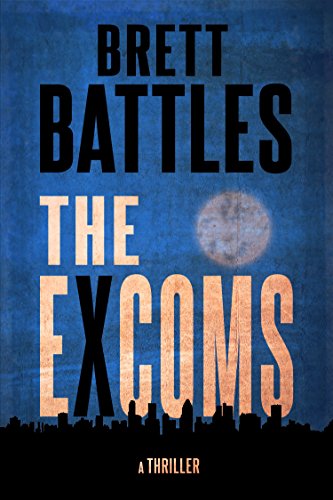 From USA Today best-selling author Brett Battles comes the first book in a spinoff series from his award-winning Jonathan Quinn thrillers.
Ananke thought her week couldn’t get worse, but as she hunts for the man who screwed up her previous job, things really go sideways.

Turns out, she’s not the only one having problems.

˃˃˃ Rosario can acquire anything for anyone, but can she obtain freedom for herself when her latest assignment goes awry?

Dylan’s sure his new gig will be a walk in the park–or rather, a drive, given that he’s a courier. Unfortunately, the road is a bit bumpier than he expected.

˃˃˃ Liesel is having the worst week of her life, and blames only herself.

And Ricky? Well, Ricky doesn’t believe in bad weeks. Though he can’t claim being stuck in prison is all that great.

Convenient for all of them, then, that a mysterious organization comes along asking for their help, and in return promises to reverse their excommunication from the secret world.

Of course, nothing good ever comes without strings attached.