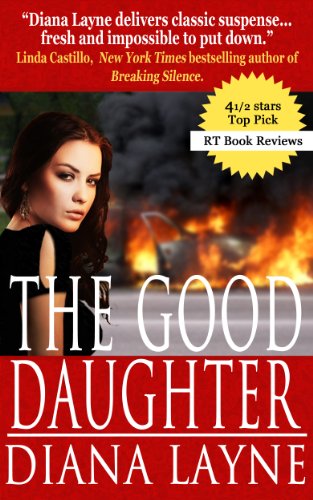 4.4 stars – 511 Reviews
Kindle Price: 99 cents
On Sale! Everyday price:
Text-to-Speech and Lending: Enabled
Don’t have a Kindle? Get yours here.
Here’s the set-up:
Most good daughters would say they owe their fathers everything. Marisa Peruzzo, Mafia princess, would.
She owed him for killing her fiancé.
She owed him for destroying her mother.
She owed him for chaining her to the ‘family business’. And she owed him for taking away her lifelong friend.

When the mob kills her cop boyfriend and ruins her chances for a new life, Marisa Peruzzo vows to bring them down–at the risk of destroying her family and the only life she’s known. She finds an ally in FBI agent Dave Armstrong, and though she falls in love with him, nothing will dissuade her from ensuring the mob’s downfall, even if she has to go outside the law.For FBI Agent Dave Armstrong justice means choosing between right and wrong, black and white, and nothing in between. There is no place in his city for criminals, and he is determined to put mob boss Carlo Peruzzo out of business. But Carlo is powerful, dangerous, and cunning, and so far has eluded Dave’s efforts to arrest him. Until Carlo’s daughter surprises Dave with an offer of help.Marisa is a woman who operates outside the neat little box Dave has always lived in, and while he understands her need for justice, he doesn’t approve of her methods. Yet in the course of his quest, Dave falls in love with her, and his feelings make him question whether the world might actually be shades of gray.Unfortunately, one of Marisa’s closest friends, a world renowned Italian soccer player, is on the wrong side of her father. The clock is ticking while she and Dave race to prevent yet another death.
Reviews:

“There are two love stories in this book — the budding one between Dave and Marisa, and the established relationship between Nia and Sandro. Both romantic story lines are well developed and engaging. But what really caught my attention in this book was the masterful depiction of the two female characters, Marisa and Nia. Both are strong, smart, and sympathetic, using their wits and whatever skills they have to survive in dangerous circumstances.” ~VANESSA KELLY, Love Rocks Column

“With THE GOOD DAUGHTER, Diana Layne delivers all the elements of a classic romantic suspense–fast pace, a layered and twisty plot, memorable characters and the perfect balance of sensuality. An exceptionally well-executed element of Mafia culture combined with a high level of danger make the book fresh and impossible to put down.” ~LINDA CASTILLO, New York Times bestselling author of BREAKING SILENCE