The Lionheart: a LitRPG Novel (No Respawn Book 1) 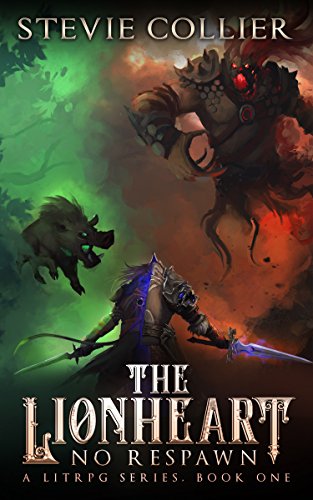 Tharis doesn’t know who he is, what he is, or what he will do. All he knows is that he must fight and kill as that is what his IRL player tells him to do.

Soon, Tharis realizes he can taste, feel, and even think on his own! With life becoming more real every second, Tharis finds that he can take control of his own destiny–literally–against the will of his creator. Yet all decisions have consequences, and with awareness comes the fear of death.

And for Tharis… there is no respawn.

This story was inspired by years of playing:

Warning: This is a story based LitRPG. Stats, although present, are secondary!

Enjoy Stevie Collier’s Books? Tell us Why and Win a Free Book!
Authors and Publishers: How to Sponsor Kindle Nation Daily
Search