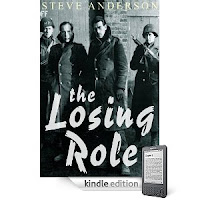 “An excellent WWII espionage thriller that transcends the genre, making it a story that you don’t have to be a history buff to enjoy.” — The New Podler Review
“Finally, the book is fun.” — Historical Novel Review

In the last winter of WWII a failed German actor, Max Kaspar, is forced to join an absurdly desperate secret mission in which he must impersonate an enemy American officer. So Max cooks up his own fanatical plan — he’ll use his false identity to escape tyranny and war and flee to the America he’d once abandoned. The Losing Role is based on an actual false flag operation during 1944’s Battle of the Bulge that’s been made infamous in legend but in reality was a doomed farce. In all the tragic details and with some dark humor, this is the story of an aspiring talent who got in over his head and tried to break free.Praise for The Losing Role:“The Losing Role is a terrific book that deserves a wide audience. It is exciting and funny and keeps you thinking long after the action is over.” — Rose City Reader“Excellent dialogue, well-crafted characters, and enough dramatic tension to saw a Panzer in half.” — Independent Novel Award, Best of 2010 (The New Podler Review of Books)“Author Steve Anderson constructs a historical thriller in The Losing Role that should prove quite difficult to put down.” — Midwest Book Review“An excellent WWII espionage thriller that transcends the genre, making it a story that you don’t have to be a history buff to enjoy.” — The New Podler Review of Books“This is a well-researched and fascinating book … with a refreshing twist; it is told from the view point of a German soldier — and a likable one at that.” — Man of la Book: Review“The book does a marvelous job of showing the ‘fog of war’ wherein no one truly understands what is going on once the attack has begun. Finally, the book is fun.” — Historical Novel ReviewIndie 500 Booklist 2011 | Indie eBook Hall of Fame | Independent Novel Award, Best of 2010 (New Podler Review of Books) | Four Stars and Up: Hidden Gem 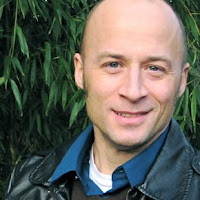 Steve Anderson is the author of The Losing Role, False Refuge and Besserwisser: A Novel. His novels often mix crime, history, mystery, noir and humor, usually involving a determined underdog stuck between two worlds.Anderson was a Fulbright Fellow in Munich, Germany, and has also written short stories and screenplays. He has worked in marketing, advertising and journalism. Other day jobs include language instructor, waiter and freelance copywriter. He’s a big soccer fan and lives in Portland, Ore.