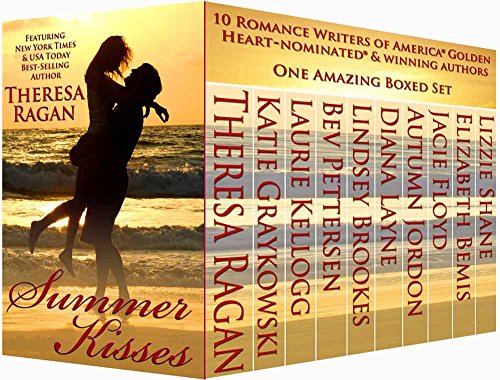 Kindle Price: 99 cents
On Sale! Everyday price:
Text-to-Speech: Enabled
Don’t have a Kindle? Get yours here.
Here’s the set-up:

HAVING MY BABY by NY Times and USA Today Bestselling Author, THERESA RAGAN

After being left at the altar, Jill Garrison realizes she may never have the wedding or the husband, but nothing is going to stop her from having a baby. With the help of donor sperm, she’s finally pregnant. The baby she’s carrying is hers and hers alone. Nobody can take that away from her. Or can they?

Will Brody fell in love with Lucky Strickland the moment he saw her. Unfortunately, she married his brother. Now that her husband is out of the picture can Will get Lucky to open her heart to him so he can finally give her the family she’s always wanted?

THE MEMORY OF YOU by 2X Golden Heart® Winner LAURIE KELLOGG

POW Matt Foster returns home with no memory. He plans to send a note to his wife, Abby, to wish her well but then learns she’s the beautiful woman in his X-rated dreams and he’s a daddy! Matt could still walk away from the sexy stranger, but he can never abandon his sons. Can he and Abby reclaim the love the war stole?

An undercover cop investigates the shocking murder of his ex-partner but falls in love with the beautiful jockey he’s forced to deceive.

Kelsie Collins’ past has taught her there is no such thing as a perfect man, but those beliefs are tested when hunky firefighter Cole Maxwell comes to her rescue, not once but twice, and then sets out to prove he’s the perfect man for her!

When kidnapped victim Nicole Carson and her son escape with secrets, she is marked by a mafia lord offering an epic reward. Desperate for her family’s safety, she sides with U.S. Marshal Will Haus and realizes to obtain her heart’s desire she must again face death.

Opposites attract and love trumps professional rivalry when a bad-boy biker and an uptight young widow are fixed-up on a reality TV show. The fireworks they create together are more powerful than the differences that keep them apart.

Katherine Mendoza is a curvy PR exec whose passion for Oreos is tempered only by her workaholic lifestyle. When her newest client, fitness-master Quinn Mitchell, offers to help her slim down, is it a sign from the gods, or a recipe for disaster? Love & Oreos is perfect for lovers of small-town romance, wisecracking humor-and, of course, Oreos.

Heart surgeon & single father Jack Doyle may be looking for love on national television, but every lovely Suitorette he meets only makes him miss his best friend and live-in nanny, Louisa. Was the love of his life right in front of him all along? And can he win her heart when the cameras are always rolling?

(Editor’s Note: Readers may remember novelist Theresa Ragan from her past appearances in the KND Spotlight with Abducted and Finding Kate Huntley in the Fall of 2011. She’s gone on to great things since then, and she shares a very inspiring success story with Len Edgerly in this week’s interview. –S.W.) 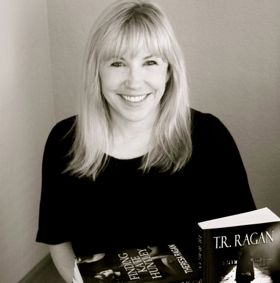 Be honest. Do you still think there is a stigma to self-published writing?

When I was working hard to become a noteworthy poet a decade ago, I had no intention of publishing my own poems. I wanted The New Yorker to accept one of my poetry submissions, leading straight to a bidding war between Copper Canyon Press and Farrar, Straus and Giroux over a contract to publish my first collection.

I never dreamed of publishing my own book of poems and finding an audience for it. I wanted to be a real poet!

Theresa Ragan, whom I interviewed last week at BookExpo America, put it this way: “I wanted to do it the hard way, the right way. I didn’t know about self-publishing. I wish I had checked it out.”

Theresa’s genre at the time was the romance novel, but the stigma against self-publishing was the same.

She spent 19 years writing romance novels. She wrote every day. She joined Romance Writers of America (RWA) and worked hard to learn her craft. She attended workshops and conferences all across the U.S. She was a finalist six times in the RWA’s Golden Heart Awards for unpublished writers. She had literary agents, two of them, one after the other. In all this time, she never sold a book.

While I became discouraged and switched from poetry to podcasting, Theresa kept going, and it’s a good thing she did. By the time 2011 rolled around, her youngest child was headed off to college, and people were talking about self-publishing on Amazon.

“I just knew that it was time,” she recalled. “I had nothing to lose. I published my first two books I’d ever written.” These were her medieval time travel novels, Return of the Rose and A Knight in Central Park. She didn’t expect them to sell more than 10 copies. Before long she was selling hundreds, and then thousands.

“Even after the first two books, I was shocked,” Theresa told me. It was 90 days before she saw her first paycheck from Amazon’s Kindle Direct Publishing. That’s when she let her agent go and decided to continue the work of self-publishing herself.

“I was enjoying the process,” she said. “I liked promoting and marketing myself. It was fun!”

It has also paid off financially. In a little over a year, she has sold nearly 300,000 of her books, most of them in eBook format but some via Amazon’s print-on-demand service, CreateSpace.

Things really took off when, out of frustration, Theresa wrote Abducted, a thriller in which a lot of characters got killed off. Her heroine, Lizzy Gardner, is a courageous private investigator who teaches self-defense to teenage girls, the better to help them avoid what Lizzy experienced when she was 17, at the hands of a depraved serial killer she came to know as Spiderman.

Once Abducted hit the top 20 on Amazon the second time, the traditional publishers came knocking. Random House and Simon & Schuster expressed interest in signing Theresa for her third Lizzy Gardner novel—the second, which she also published herself, is Dead Weight. She also heard from the new kid in the business, Amazon Publishing.

“I wanted to go with Amazon,” she said, “because they think outside the box. They’re, in my mind, the digital kings right now.” Also, Amazon offered higher royalties.

And that’s how, three months ago, Theresa Ragan ended up signing a contract with Thomas & Mercer, Amazon Publishing’s mysteries-and-thrillers imprint. At BEA, she was still shaking her head over these developments. “I was just so glad,” she told me. “Here for 19 years, I couldn’t sell 10 books, and suddenly someone wanted to pay me to write a book that I hadn’t even written a word of. That’s crazy!”

Not really. What’s crazy is a book distribution system that makes it so difficult for writers as hard working and talented as Theresa Ragan to sell a single book. Now, with the benefit of eBook technology, that system is being upended, and with it have come entirely new meanings for words we thought we understood, like “self publishing.”

In 2012, self-publishing is not about vanity. It’s about finding an audience for your writing, if you’re willing to work for it.  Theresa spent several months developing her social media network, and she now spends an hour or two a day tending that network through Twitter, Facebook, and her blog. That’s after she meets her first priority every morning, which is to write 1,000 words on her next book.

I don’t mean to make this sound easy, and in fact I hope the amount of determination and discipline that Theresa has devoted to her writing is what you remember about her story.

A long-observed stigma is dissolving before our eyes. There will come a time when self-publishing will be seen for what it is: simply one of several ways for real authors to connect with real readers looking for the next great book to read.