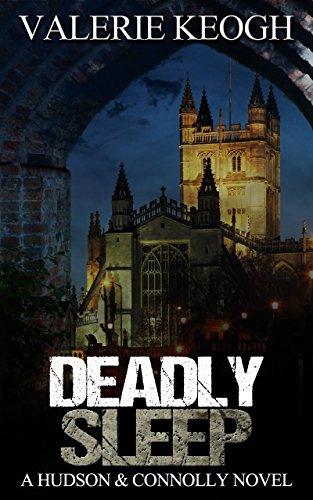 – Learn More
Text-to-Speech and Lending: Enabled
Don’t have a Kindle? Get yours here.
Here’s the set-up:
Nicola Connolly is a nurse. She is also a serial killer. She kills neatly, three victims every six months, moving around the UK, hiding in plain sight. Everything goes according to plan until she moves to Bath. Because in Bath the police are hunting a serial killer who kills and tortures his victims. A psychic connection develops between the two killers, Nicola sees him and what he does to his victims in her nightmares.She is starting to lose control and she really can’t afford to do that. In an attempt to break the link, to have the other killer caught, Nicola goes to the police with what she knows. But can she help them without exposing herself? A serial killer and a burnt out policeman – can they really work together to stop him? And at what cost?

“Deadly Sleep will keep you awake and turning pages. Great characters and well thought out story line. Twists you don’t see coming and turns you don’t expect. I’m hooked on this author’s style and suspenseful telling of the story. Thoroughly enjoyed this book and recommend it to you.” 5 star Amazon review

That One May Smile: A Garda West Novel (Garda West Crime Novels Book 1) 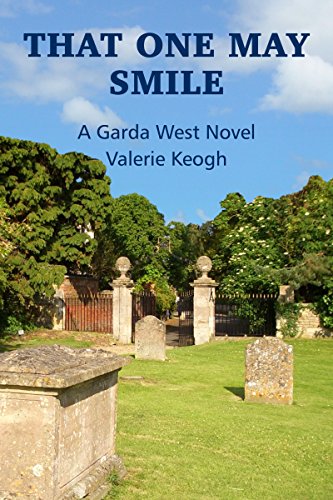 4.2 stars – 47 reviews
Kindle Price: FREE!
Text-to-Speech and Lending: Enabled
Don’t have a Kindle? Get yours here.
Here’s the set-up:
When Kelly Johnson’s husband disappears, her perfect world in the Foxrock suburb of Dublin falls apart. Then she stumbles on a dead body in the graveyard behind her house.
A coincidence? Garda Sergeant Mike West thinks so until he finds a link between the dead body and Kelly’s missing husband.
And then to add to the problem, Kelly disappears.
The investigation takes West first to Cornwall and then to Cork, on the trail of a tangled case involving identity theft, blackmail and illegal drugs. And as if the complications of the case weren’t enough there is the constant, irritating – and definitely unsuitable – attraction, to the beautiful Kelly, who will keep disappearing!.
Close Ranks the next installment of the Garda West novels is now available.

4.7 stars – 274 reviews
Kindle Price: FREE!
Text-to-Speech and Lending: Enabled
Available on Audible
Don’t have a Kindle? Get yours here.
Here’s the set-up:

She’s a sexy gamer in danger. He’s a bodyguard with a secret.
Ex-Army Texas boy Owen Harding fears only one thing—his inner beast. A year in Agent Smith’s experimental cages has changed his wolf into something monstrous. But a hate group is hunting the Wilding pack, so Owen’s serving again, this time as bodyguard. If only the girl he’s protecting wasn’t so damn sexy… and completely off limits.

Nova Wilding’s father was assassinated, leaving her a gaming company to run, a new game to release, and a pack full of wolves who want her for a mate… including a beta who’s determined to have Nova and her company. When a bomb goes off in her car, Nova finds herself in her sexy bodyguard’s arms… but he’s absolutely the wrong man at the wrong time. 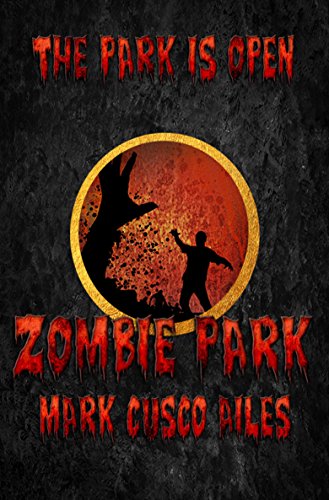 3.8 stars – 46 reviews
Kindle Price: FREE!
Text-to-Speech and Lending: Enabled
Available on Audible
Don’t have a Kindle? Get yours here.
Here’s the set-up:

Ben Cutler just wants an honest way to make a lot of money! Unemployed and on the short end of the employment stick, he knows his chances of getting a traditional job is slim to never. Ever resourceful and always a forward thinker, Ben comes up with a brilliant idea—Zombie Park! Create a park with zombies, sell tickets and people will come by the hundreds. To his surprise, one of the richest men in the world backs his project and makes Ben an instant millionaire!

Scientists Nicholas and Kathy Hollman have been commissioned by General Wilbur Poe to create “smart zombies” to be used on the battlefield instead of live soldiers. With glory in his eyes, Nicholas is determined to not only create the formula, but cut his wife out of the equation and take all the credit himself. Unfortunately for Nicholas, Kathy is the brain behind everything they do.

Robert Forenstein has found the perfect cover for the smart zombie project in Ben Cutler’s Zombie Park. He and General Poe will make America the first country to use zombies as weapons of mass destruction and make billions in the process! As with all plans, everyone has their own agenda and the Zombie Park project is no different. The plan rapidly unravels as Nicholas botches the experiments and is inadvertently creating an army of out of control zombies. With a trail of bodies in their wake, neither the Hollmans nor Forenstein realize the true motives behind General Poe’s zombie army…and it ain’t to save the world! 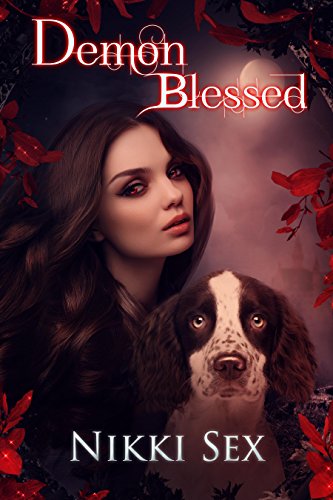 4.5 stars – 49 reviews
Kindle Price: FREE!
Text-to-Speech and Lending: Enabled
Don’t have a Kindle? Get yours here.
Here’s the set-up:

I know he’s a shifter before I see him. As I step inside, desire pulls me under like a wave. Vampires are delicious, but nothing is as scorching hot as a powerful werewolf. I’m not sure what I want more—to have him bend me over the table, or to feed on his otherworldly energy.

Temptation! This is how my problems begin. I can’t trust anyone, particularly supernatural creatures. With my power, I don’t even trust myself.

Psychic, Janice St. John, is no longer human—not since her mother’s spell went wrong and a baby demon took up residence in her body. Now Jan’s teaching her bloodthirsty inner monster to be good. Employed by a detective agency, she solves mysteries by talking to ghosts. Then she makes one little mistake… 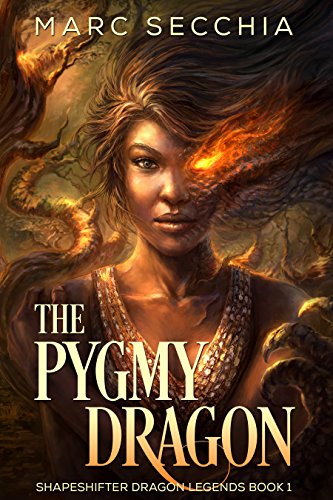 Stolen from her jungle home and sold to a zookeeper, Pip knows only a world behind bars, a world in which a Pygmy warrior and her giant ape friends are a zoo attraction.Then, the Dragon Zardon kidnaps her into a new life. Pip rides Dragonback across the Island-World to her new school – a school inside a volcano. A school where Humans learn to be Dragon Riders. But this is only a foretaste of her magical destiny, for the Dragon Assassins are coming. 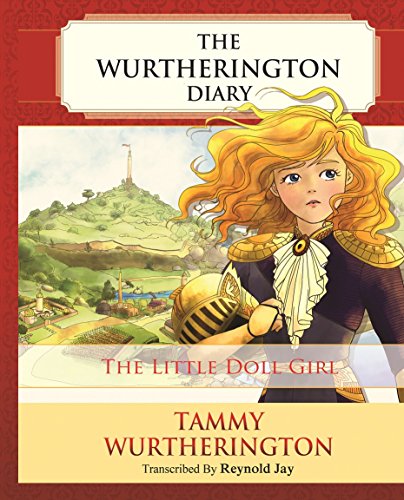 As with many illustrated classic stories, it is a story with unique characters and deals with hope, determination, compassion, and much more. In the opening preface, Robert Landsbury discovers the diary in a shed on a newly purchased estate in River Falls, Ohio and passes it along to his associates. The diary is faithfully preserved for today’s reader.

Always into the Darkness (A Leo Stevens Thriller Book 1) 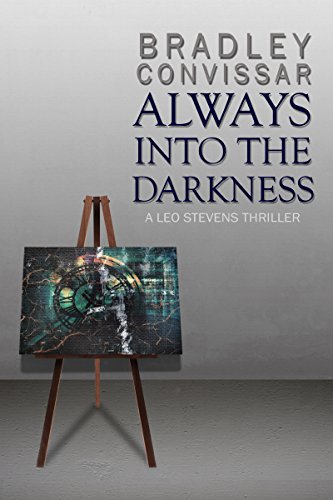 Predator or Prey
Hunter or Hunted
Cat or Mouse
Better know which one you are before you step into the lion’s den.

A serial killer has come to New Orleans. The local police believe they are up to the challenge even though they have no leads. But when a state senator’s daughter becomes the madman’s latest victim, they reach out to the FBI for help. Quantico sends the best: profiler extraordinaire Leo Stevens.

An expert in deviant psychology, Leo specializes in analyzing and hunting down the smartest, most twisted monsters in the world. Killers. Rapists. Human traffickers. Sex traffickers. Predators. But what he finds in New Orleans stumps him. Breaks all of the rules. Defies all serial killer classifications. No evidence, no suspects, no witnesses. Their killer is unpredictable but disciplined. There are no patterns to follow. And for the first time in a long time, he doubts his ability to accurately identify and catch their elusive prey.

But a twist of fate leads Leo to their first suspect, an eccentric artist named Sebastian Price. Despite the lack of any solid evidence, Leo’s confident he’s their killer. He just needs to prove it. But Sebastian is not going to make it easy. Professional dedication quickly gives way to obsession as Leo begins to hunt the most dangerous foe he has ever faced, the feverish chase threatening to cost him everything he holds dear. His friends, his family, his partner.

How far will he go to stop a madman who is superior to him in almost every way? How much of his own soul is he willing to sacrifice for the greater good?

Click here to get the scoop on How to Maximize Your Chances of Winning a Kindle Fire from BookGorilla!
Search