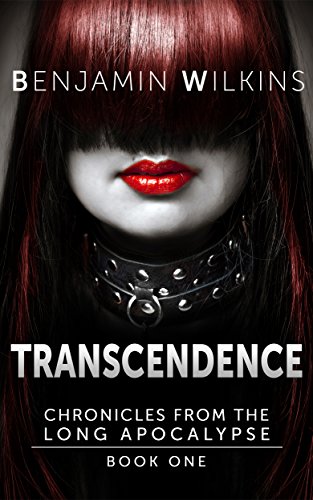 Each day’s list is sponsored by one paid title. We encourage you to support our sponsors and thank you for considering them.
Authors and Publishers: How to Sponsor Kindle Nation Daily
Quality 99-Cent Titles in the Kindle Store

Loading
*
*
*For verification purposes only
For the near extinct vampire race, starvation has been a way of life for centuries.That is about to change.Former Delta Force operative, David Collins, thinks being left for dead by a merciless killer is the worst thing that could ever happen to him...He's wrong.The cold-blooded vampire killer...
Read more »

Report Bad Listing
*
*
*For verification purposes only
My first year at the Dreadmore Academy. What can go wrong? How long do you have?The list of stuff that can go right is much, much shorter. I’m probably going to fail right out in the first week. I’m supposed to be a necromancer. That’s right. You heard me. A necromancer. But I can’t seem to...
Read more »

Report Bad Listing
*
*
*For verification purposes only
The winding road of fate unfolds …In the last days of the Silver Age, the tyrant god Zeus takes whatever and whomever he wants with impunity. He has already torn Pandora from one home and now he threatens to destroy another.When he turns his wrath upon Atlantis, Pandora flees with the Titan...
Read more »

The Gifts of Pandora: A retelling of Pandora's myth (Tapestry of Fate Book 1)
By: Matt Larkin
Added:

Report Bad Listing
*
*
*For verification purposes only
When Myra walks into her girlfriend's house, she isn't prepared for what awaits her: Lauretta, bloody, a dagger in hand, standing next to a dead body. Horrified at the sight, Myra dashes out the door, jumps into her car, and speeds off into the night, hoping to escape what must surely be a...
Read more »

Report Bad Listing
*
*
*For verification purposes only
The 1992 case of Carter Frye and his psychosis that left seven people dead went largely unnoticed by the media and the public. Told largely by Frye himself, he takes us into the deepest, darkest and most disturbing places of his mind. Places that will chill your spine cold and give you pause before...
Read more »

Prisoner of The Game: A Page-turning Psychological Thriller with a Shocking Twist
By: Kevin Provance
Added:

Report Bad Listing
*
*
*For verification purposes only
The dead are coming alive on an island in the North Atlantic Ocean. A bullet isn’t going to stop them. They feel no pain. Flesh-eating walkers have been taking sheep and cattle from the fields. A minor inconvenience until someone, or something, starts to organize them. A force of pure evil...
Read more »

Report Bad Listing
*
*
*For verification purposes only
She Couldn't Seem to Speak is #8 in this series of short horror stories. It can be found in Horror You Crave: Volume One, an anthology of 23 stories for the dark at heart....
Read more »

Horror You Crave: She Couldn’t Seem to Speak
By: Julio Miranda
Added:

Report Bad Listing
*
*
*For verification purposes only
Forever a prisoner, the only way out is death!Sohng knows only his cell, but his prison lies way beyond the confines of his steel bars. While the Mardern sweep across the lands of Arca, culling every Huido they can find, no man, woman or child is safe. With the kingdom of the light a fading memory...
Read more »

Report Bad Listing
*
*
*For verification purposes only
Every living thing will one day die. This fact of life has haunted the dreams of every Mortal to ever live. Every plant, animal, and even the planet itself will one day die. Death stalks the spiritual paths we all take. And as long as finite creatures knew of Death, there has been stories of the...
Read more »

Black Wings: The Rebellion Begins
By: Dalton A. Carmon
Added:

Report Bad Listing
*
*
*For verification purposes only
Discover one of the best historical novels of our time with this free sample from the famous author John Kendrick Bangs.The souls of the dead must cross the Styx, to pass into a Hades-like afterworld. In the first of the twelve stories compiled in A House-Boat on the Styx, the man who ferries the...
Read more »

A House-Boat on the Styx: Free Sampler
By: John Kendrick Bangs
Added: