But first, a word from ... Today's Sponsor 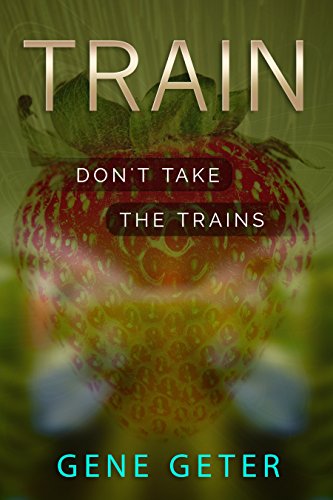 4.6 stars - 11 reviews
Kindle Price: 99 cents
Supports Us with Commissions Earned
Currently FREE for Amazon Prime Members
Text-to-Speech and Lending: Enabled
Here's the set-up:
The time is almost near for our newly-appointed queen to arrive and all of you will die. Thank you for riding MTA. Train passengers in New York are terrorized by supernatural entities. Follow the adventures of Ariel, Rick, Lois, Autumn, Jim and many others as their lives become crazier as all the mysteries are unraveled. Train is based on Love Train webseries and Delilah spinoff. Excerpt: Pandora, an undeniable beauty, was walking back to her building in the Bronx. She just got off the 2 train and she was tired from working the night shift as a nurse. She felt like someone was following her but no one was behind her. She entered her apartment and went directly into the kitchen. She opened the refrigerator and grabbed a strawberry from the basket. She ate it, feeling so divine. Ever since she was a little girl, this woman loved strawberries. She grabbed another one and ate it, enjoying it like it was almost orgasmic. A woman’s voice said, “I love strawberries too.” Pandora jumped, closed the refrigerator and turned around. A black mist attacked her. The black mist separated into two, covering her nose and her mouth. Pandora couldn’t breathe. She tried to remove the films but she couldn’t. She fell to the floor, suffocated and died. Then, Pandora’s dead body levitated. Minutes later, there were two Pandoras in the apartment, the dead one on the floor and the naked one standing over her. The naked one thought about clothes and clothes appeared on her. She was dressed like it was her birthday. She left the apartment but not by using the door. She disappeared. Her name was Delilah. Thirty minutes later, a tired businessman was waiting for the downtown train at Fordham Road. Some footsteps away, without him knowing, Delilah appeared and walked over to him. She offered him a strawberry that appeared out of nowhere. “Nice magic trick,” the businessman was impressed. “Eat.” Delilah smiled, but the businessman was not interested in eating a strawberry from a total stranger. Yet he was compelled to try it.

Loading
Sorry, but demand was too high to complete your request. Please try again.
Facebook-f Twitter Instagram Pinterest
References to prices on this website refer to prices on the main Amazon.com website for US customers. Prices will vary for readers located outside the US, and prices for US customers may change at any time. Always check the price on Amazon before making a purchase.