Powered by our magical Kindle free book tool, here are this morning’s latest additions to our 1,090+ Kindle Free Book listings…. 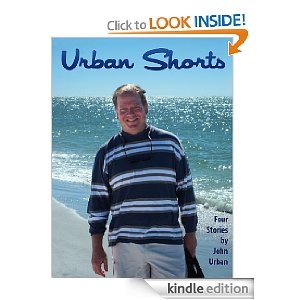 “Junior Jameson” Extreme wealth, corporate excess, and a crime that takes the reader from New York to Antigua and back.

“Courtesy Call” A locally grown police officer patrols his home community on what was to be a quiet summer evening.

“The Association” Retirement life in Stuart-by-the-Sea is quiet and dull. Or at least it was until now.

“Halfway Rock” Urban’s protagonist, Steve Decatur, sets out in a water-borne chase on the stormy waters of Buzzards Bay.

“Devil’s Bridge” An opening except of a new Steve Decatur mystery involving modern day slave trafficking that draws historical echoes from the days of the early 1800s when ships from Newport and Bristol, Rhode Island sailed the Triangle Trade.

“I don’t usually read short stories but since I enjoyed Urban’s novel, A Single Deadly Truth, I decided to give his Urban [S]horts

“I found all four of the stories varied and interesting and I have to say I enjoyed reading them. This doesn’t mean that I’m going on a short story reading frenzy anytime soon, but if John comes out with another story collection in the future I’ll probably pick them up. Besides, how can you beat four stories for 99 cents. 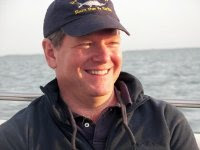 Like his protagonist, John Urban has worked as a college professor and he sails the waters of Southern New England on an old wooden sailboat that he restored. He is a regular contributor to the blog Write On The Water, and his short stories have appeared in the anthologies Seasmoke and Deadfall.

Urban lives just outside Boston and spends his summers near the waters edge of Buzzards Bay and Rhode Island Sound. A Single Deadly Truth

, published on Amazon Kindle, is Urban’s debut novel. As second Steve Decatur mystery is due out in 2011. For more information: www.johnmurban.com

UK CUSTOMERS: Click on the title below to download
Urban Shorts
Each day’s list is sponsored by one paid title. We encourage you to support our sponsors and thank you for considering them.


« Previous Page
Only one page of results to display
Next Page »

Loading
*
*
*For verification purposes only
Thuvia, Maid of Mars is a science fantasy novel by American writer Edgar Rice Burroughs, the fourth of the Barsoom series. The principal characters are Carthoris (the son of John Carter of Mars) and Thuvia of Ptarth, each of whom appeared in the previous two novels...
Read more »

Once Upon a Time in Havana
By: S.A. Marano
Added:

Report Bad Listing
*
*
*For verification purposes only
Nick Boone is a brilliant architect, focused completely on his job. In his personal life, he's a serial dater, with no interest in marriage or even a long-term relationship. And fatherhood? Absolutely not. He has no idea what family even means.But even a single-minded boss like Nick can't abandon...
Read more »

For Baby and Me (Welcome to Otter Tail Book 4)
By: Margaret Watson
Added:

Report Bad Listing
*
*
*For verification purposes only
It was animal attraction, pure and simple.Charlotte:A night of hot monkey s-x.Trust me, I’m a vet. I know what happens in the wild.He’s such a bad boy,And I’m not into his type.Unless they look like him.Or taste like him or feel...
Read more »

Report Bad Listing
*
*
*For verification purposes only
She awakens in a palace with a near-fatal stab wound, and no memory of her past—no memory of anything except her name: Virginia. The royal family cares for her as she regains her strength. Hardworking and independent, she begs to repay their generosity and becomes their stable hand as she...
Read more »

All Her Desires: An MMF Romance
By: Celia Styles
Added:

How To Grow Healthy & Tasty Vegetables - 2 books in 1: Covers - Tomatoes and Cucumbers
By: HTeBooks
Added:

Report Bad Listing
*
*
*For verification purposes only
Nikki always knew she was different. What she didn’t know was that she isn’t entirely human.Nikki discovers after her mom dies, why they never stayed in one place. She is now determined to make Mesa, Arizona her permanent home.But when the broody, tall, dark, and handsome stranger shows up in...
Read more »

Report Bad Listing
*
*
*For verification purposes only
Practical Guide to Investing and Trading in the Stock Market This book explains in clear and understandable language how anyone can benefit from learning about trading and investing in the stock market. All of the necessary basics are set forth, including the differences between trading and...
Read more »

A Beginner's Guide to Investing and Trading in the Modern Stock Market (Personal Finance and Investing)
By: Ardi Aaziznia
Added:

Report Bad Listing
*
*
*For verification purposes only
Do you dare to know What lurks in the Maze? What is A.R. LaBaere’s secret? Poe, Lovecraft, Ligotti. You should BUY NOW because of its chilling puzzle.★★★★★•NEW WEIRD FICTION•Experimental Horror Fiction•Poetry•Retellings of Classic Authors•A sequel to Lovecraft’s worksRene...
Read more »