So Many Kindle FREEBIES, It Should Be Illegal … But Since It’s Not, Load Up Your Kindle With These FREE Titles: Beatrice Gerard’s HUNTING FOR SPARROWS, Jessica Speart’s GATOR AIDE, L.T. Ryan’s FLIGHT OF DECEIT, SJB Gilmour’s ANGELA OF TROY, Ricki Daniels’ THE SOLITARY WAVE, Julie Michele Gettys’ DELLA, Jeremy Rodden’s THE MYTH OF MR. MOM, Kyle Timmermeyer’s LEGEND OF THE ELEMENTALS and Stephen Windwalker & Bruce Grubbs’ THE COMPLETE 2012 USER’S GUIDE TO THE AMAZING AMAZON KINDLE

Here are a few books that have just gone free by authors who have already proven to be  favorites with Kindle Nation readers. Please grab them now if they looks interesting to you, because they probably won’t stay free for long!
Important Note: This post is dated Thursday, May 31, 2012, and the titles mentioned here may remain free only until midnight PST tonight. 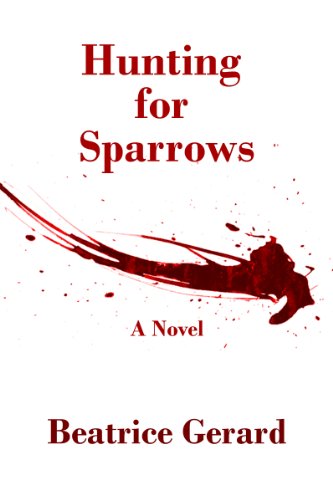 4.4 stars – 8 Reviews
Kindle Price: FREE!
Text-to-Speech and Lending: Enabled
Don’t have a Kindle? Get yours here.
Here’s the set-up:

When attempted breaches of the network firewalls at the datacenter of Wise Woman, Inc. turn the midnight calm into alarm, computer specialist Lauren is confronted with an all too urgent need to decipher the source of these cyber-attacks. Are they the work of a band of hackers or is it some sort of implanted ghost in the machine? Hard on the heels of the untimely death of Wise Woman’s founder, Claire Wise, and with a frantic sell-off of the company’s stock set to recommence at the market’s opening bell, the very survival of this progressive, socially responsible corporation hangs perilously in the balance. Hunting for Sparrowsis a clever and captivating play on the conventions of literary genres and traditional gender roles that subverts stereotypes and assumptions through a riveting, thriller-paced tale of greed and moral bankruptcy.

This fresh take on a classic brings to life the hyper-real hue of life amongst West Palm Beach’s social registry and inside its shadowy corridors of corporate power. Here we find Thelma, Claire Wise’s daughter and the novel’s improbable heroine. She arrives in South Florida like a fish out of water, having spent her recent years in Boston living the life of an over-educated, disengaged woman of privilege. As Thelma’s hunger for certainty and closure leads her deep into a miasma of danger and duplicity, Hunting for Sparrows takes us into a world of soap opera histrionics and intense psychological reflection in which lives are lost, reality is challenged, and loyalty is the cover for deception. Can paranoid delusion be explained away by the fact that people really are out to get you? Hunting for Sparrows is an intellectually adventurous, playfully irreverent work of fiction, with an ending that will make you want to go back and try to reassemble the pieces of this intricate and inspired literary jigsaw puzzle. 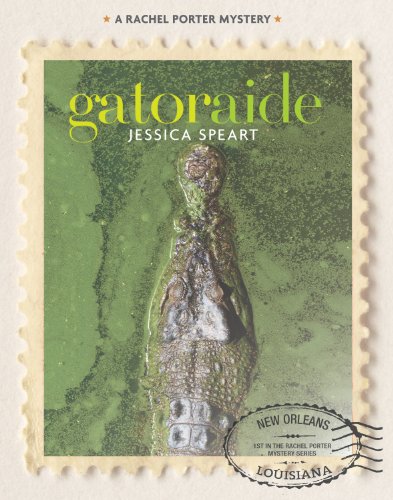 3.8 stars – 16 Reviews
Kindle Price: FREE!
Text-to-Speech and Lending: Enabled
Don’t have a Kindle? Get yours here.
Here’s the set-up:

A failed New York actress, Rachel Porter figured that any new career would be an improvement–until she became a wildlife agent and found herself stuck in the steamy Louisiana bayous, chasing poachers and fending off mosquitoes the size of Central Park pigeons.

Rachel’s first major assignment for the New Orleans Fish and Wildlife Service has brought her to the infamous French Quarter, to deal with a dead alligator chained to a bathtub–not far from an equally dead stripper. But when Rachel discovers that an o.d. of ingested heroin-stuffed condoms–and not the five bullet holes in the gator’s head–was the true cause of its demise, the inquisitive agent finds herself perilously caught up in both murder investigations. And with killers, cops, neo-Nazis, drag queens and crooked politicos on her case, it’ll take more than Big Apple sass to get Rachel out of the Big Easy…alive. 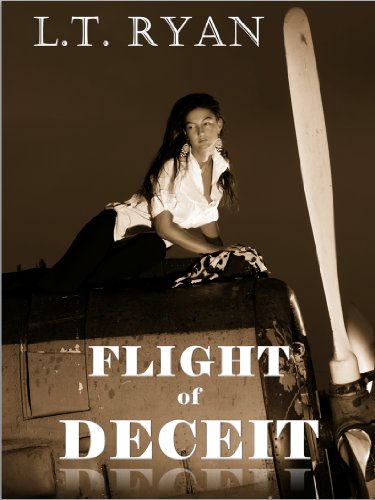 4.8 stars – 5 Reviews
Kindle Price: FREE!
Text-to-Speech and Lending: Enabled
Don’t have a Kindle? Get yours here.
Here’s the set-up:

It started off like any other flight. The small single propeller air craft barreled down the runway and ascended. On the ground, the pilot’s girlfriend and his best friend smiled and waved as the Cessna disappeared into the clouds.

However, newly licensed pilot Kevin Campbell’s first solo flight doesn’t go quite as planned. He is forced to overcome panic and inexperience in a desperate attempt to save his life. A life that is not all that it appeared to be.

Flight of Deceit is a gripping and suspenseful novella that will keep you guessing till the last sentence. 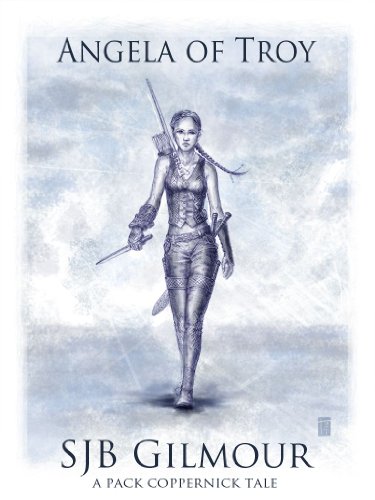 3.8 stars – 5 Reviews
Kindle Price: FREE!
Text-to-Speech and Lending: Enabled
Don’t have a Kindle? Get yours here.
Here’s the set-up:
Angelina Troy was a woman of legend. Seasoned veterans feared her sword and gods themselves lusted after her body, just as demons in the pits of the darkest hells loathed her and her necromantic power. Nothing, it seemed, could bring her down. Then she met the one man who neither feared her nor desired her. It was that encounter which was the beginning of her ultimate undoing and her terrible fall from grace… 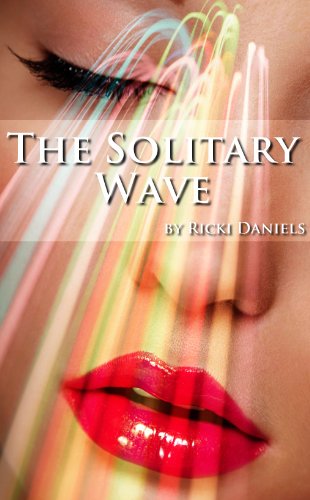 19 year-old Leigh is a teenage girl like any other–except for the fact that she downloads and uploads her mind as part of an inter-galactic, covert operation tasked with finding and destroying the Invaders responsible for 7 destroyed planets in almost as many years.

After her last mission, Leigh hears of Jenny Skies, a red-head from the Department of Finance. Why is she trying to shut them down? Her appearance prompts the immediate firing of their next mission to a place called “Earth” which, according to evidence, is likely to be next on the Invaders’ agenda.

Join Leigh, Mike Waters, Senior Network Admin, and Lt. Jo-Anne Rivers, Senior Data Analyst, in this riveting novella as they try and pull off a desperate mission to save Earth–not to mention their own planet–in what is likely their last chance to do so. 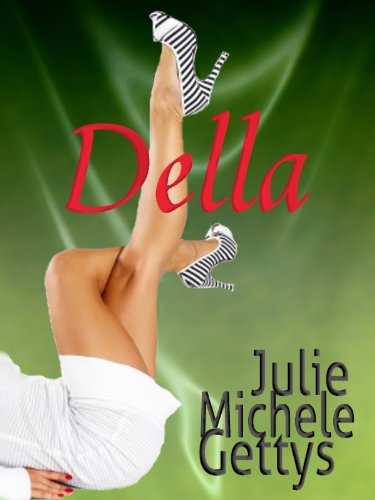 4.8 stars – 13 Reviews
Kindle Price: FREE!
Text-to-Speech and Lending: Enabled
Don’t have a Kindle? Get yours here.
Here’s the set-up:

Della Garland is a tough but vulnerable young woman determined to bury her poverty stricken and troubled youth by creating a new identity.

When the successful and fulfilling life she’s dreamed of and worked so hard to achieve finally seems within her grasp, she discovers her future is inextricably tied to her past.

Della explores the devastating power of lies and five people whose lives are entangled in those lies. It is also a story of love–the dark side as well as the joy. 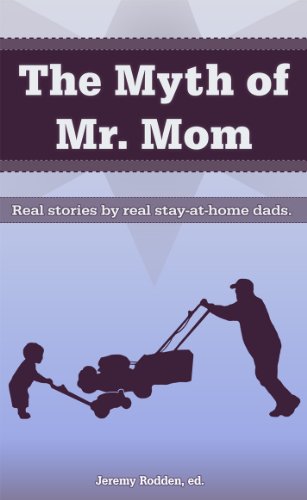 4.2 stars – 15 Reviews
Kindle Price: FREE!
Text-to-Speech and Lending: Enabled
Don’t have a Kindle? Get yours here.
Here’s the set-up:
The Myth of Mr. Mom is a collection of true stories written by stay-at-home dads that shares the personal journeys of eight men from around the world.

Filled with humorous anecdotes and eye-opening personal experiences, The Myth of Mr. Mom is simultaneously inspiring and entertaining.

Praise for The Myth of Mr. Mom

“I applaud any man who decides to take on this role, but after reading this I only wish more men would stand up and proudly shout to the world, ‘I am a stay at home dad and I am proud of it.’”
– My Eclectic Bookshelf

“Anyone who stays home with their children and helps them grow to be all they can be gets my respect.”
– Journey of a Bookseller

“Buy this for your father and show them not only that you love them but that you love the love that they gave you and that every sacrifice – large or small – has not gone unrecognised.”
– Book Bags and Cat Naps

Female homemakers of the last generation enjoyed stories by Erma Bombeck for their very real, easy-to-connect-to humorism; modern homemakers (men AND women) have the stories inside The Myth of Mr. Mom!

Legend of the Elementals, Book 1: Reintroduction 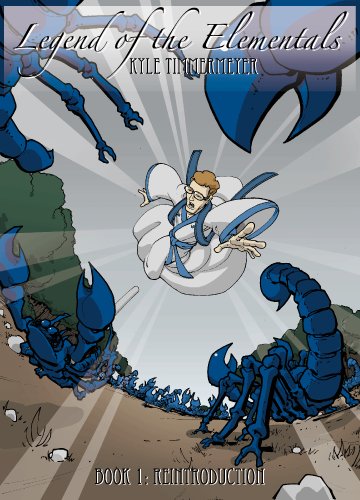 4.0 stars – 2 Reviews
Kindle Price: FREE!
Text-to-Speech and Lending: Enabled
Don’t have a Kindle? Get yours here.
Here’s the set-up:
Ryan, Erin, Kris, and Jason are heroes defined by the villain, unwitting assistants in a cataclysm brought about by an old man who calls himself… Devidis. The four modern, international teens awaken deep within a jungle canyon, a prison in the post-apocalyptic empire established by the tyrannical Devidis. Surrounded by danger, the four Elementals quickly embrace their new-found super-powered control of the elements–wind, fire, water and stone–under the guidance of Sensei, an imprisoned freedom fighter who believes that Devidis’ near omnipotence is a clear sign that the world is a persistent illusion in the mind of its evil emperor. And so the Elementals are forced to come of age in an increasingly hostile land. Though supernaturally capable, they are faced with a frightening possibility: are their hopes, goals, powers, friends, enemies, surroundings and selves… all an illusion? It’s “Final Fantasy meets X-Men” as worlds are torn asunder! 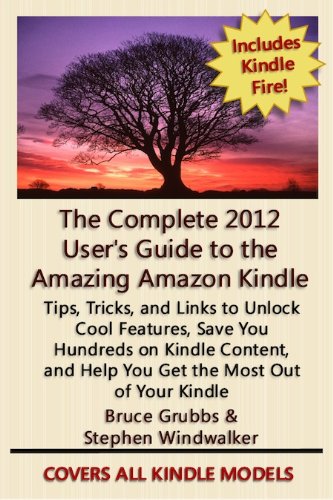 4.5 stars – 11 Reviews
Kindle Price: FREE!
Text-to-Speech and Lending: Enabled
Don’t have a Kindle? Get yours here.
Here’s the set-up:

Finally, one user-friendly guide that covers every Kindle now on the market for 2012, including the Kindle Fire, in a single comprehensive volume chock full of tips, tricks, and links to unlock cool features, save you hundreds on Kindle content, and help you get the most out of your Kindle. Stephen Windwalker founded the popular Kindle Nation Daily community and has been helping Kindle owners get up to speed ever since his first Kindle guide was the #1 bestselling book in the entire Kindle store for 2008. Now he has teamed up with popular outdoors and travel author Bruce Grubbs to provide the most complete and up-to-date resource ever for Kindle owners.