Here are a few books that have just gone free by authors who have already proven to be  favorites with Kindle Nation readers. Please grab them now if they looks interesting to you, because they probably won’t stay free for long!
Important Note: This post is dated Friday, August 31, 2012, and the titles mentioned here may remain free only until midnight PST tonight. 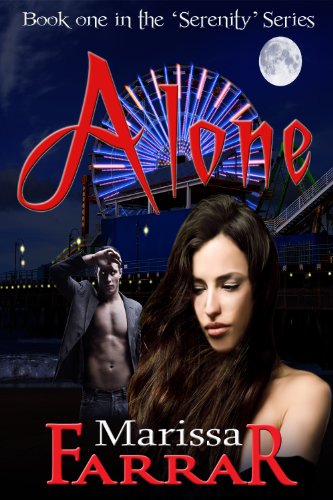 4.1 stars – 41 Reviews
Kindle Price: FREE!
Text-to-Speech and Lending: Enabled
Don’t have a Kindle? Get yours here.
Here’s the set-up:
Caught in a violent and abusive relationship, Serenity thinks there is no escape. On the day she fears her life can get no worse, she meets a stranger, Sebastian, who shows her the possibility of a different future.

Only Sebastian has a dark secret; he is a vampire.As Serenity’s life takes a terrifying turn, she finds herself drawn into a world she never knew existed; one of murder, love and immortality. She is forced to confront her own weaknesses to save both her own life and that of the vampire she has come to love. But in the end all that matters is; can she find the strength to be Alone?

A Lighter Shade of Gray 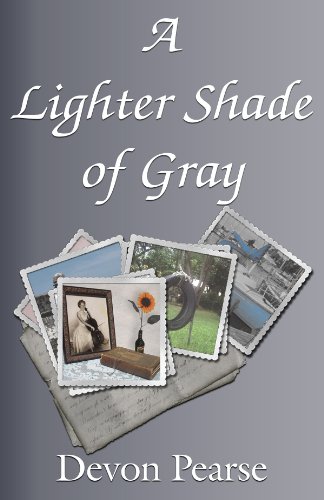 4.5 stars – 35 Reviews
Kindle Price: FREE!
Text-to-Speech and Lending: Enabled
Don’t have a Kindle? Get yours here.
Here’s the set-up:

What does it feel like to stare into the face of madness? Or to anticipate your own? Would you drive away your only love? Could you pretend it didn’t matter? How far would you go to protect a friend, or to avenge a death?

Ten years ago, Devon gave up the love of her life, fearing she would one day fall victim to the mental illness that has slowly ravaged the mind of her mother, who is now being cared for in a private facility.

Just when it seems Devon might have a chance to make up for past mistakes, her best friend Cass becomes a suspect in the murder of her sister’s drug-dealing boyfriend. Devon knows Cass is lying about the details of her involvement and the lead detective on the case, convinced that Cass is guilty, is relentless in his pursuit of justice.

When her mother’s young, emotionally disturbed roommate insinuates she knows something about the night of the murder, as well as details from Devon’s own life that no one else is privy to, Devon becomes desperate to uncover the truth before Detective Lake does. As the investigation continues, Devon is led down a path she never expected and forced to face her greatest fears of life and love.

Tangled in a web of lies, regrets and questions, can she find a way to let go of the past and start again? And, once the mystery is solved, can she live with the secrets she’s uncovered?

Join author Devon Pearse in this semi-autobiographical journey through the most heartbreakingly beautiful and deceptively mysterious events of her own life and the lives of those closest to her. 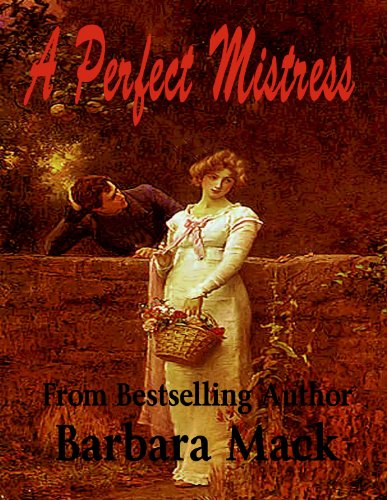 4.5 stars – 6 Reviews
Kindle Price: FREE!
Text-to-Speech and Lending: Enabled
Don’t have a Kindle? Get yours here.
Here’s the set-up:

***New edition is up and the rough draft file that was inadvertently added at first is now gone. All issues with editing have now been fixed.

Jackson Henry is scarred and lonely. Widowed Sophie Grey is desperate to escape life with her abusive sister. When they meet, her beauty tempts him into making a most improper proposal.

When her sister’s jealousy makes her dangerously unstable, Jackson is there for Sophie. Will the passion that flares between them heal their wounds, or will it inflict new ones?

Gents with No Cents 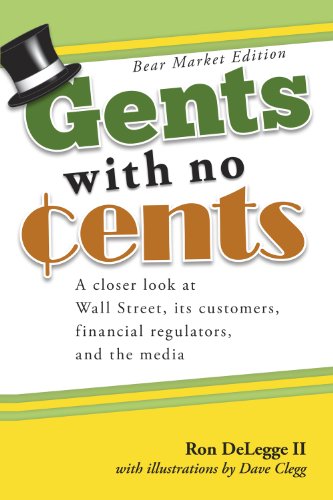 GENTS WITH NO CENTS explores a rarely examined side of Wall Street: Its childish antics. From accountants that can’t count, to financial regulators that don’t regulate, GENTS WITH NO CENTS will make you howl with laughter at their incompetence.

Written by Ron DeLegge II, veteran radio host of the Index Investing Show, GENTS WITH NO CENTS is narrated in an easy going style with sharp satire throughout and 20 hand drawn illustrations by noted cartoonist, Dave Clegg.

DeLegge draws from his personal experiences as a Wall Street salesperson with crazy supervisors and even crazier customers. He offers a refreshing perspective that’s opposite of the angry and condescending tone of financial literature that has come to characterize our era.

GENTS WITH NO CENTS also pokes fun at taxes and the IRS, along with the
media for misreporting the news, inventing questionable facts, and contributing to the public’s confusion. 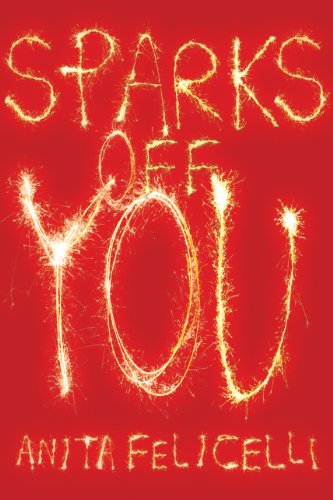 4.6 stars – 5 Reviews
Kindle Price: FREE!
Text-to-Speech and Lending: Enabled
Don’t have a Kindle? Get yours here.
Here’s the set-up:

Motherless and estranged from her father and sister, Julie Randeria is effectively orphaned in a chaotic world of sex, drugs, and dissolving identities. She discovers that her assimilation into the world of Silicon Valley’s teenagers only works when she lets go of her personality. But where does personality end and madness begin? When the mythology that barely holds her family together unravels, Julie is driven to the edge of unreality.

“Sparks Off You” presents a beautiful, outsider voice rarely if ever heard in contemporary American fiction, giving readers a portal into the consciousness and experiences of ordinary people struggling with what it means to be perceived as “normal” today, the consequences of cultural alienation, and the limits of empathy. Is society too quick to convert the narrative of a person’s life to a diagnosis?

Lyrical and provocative, “Sparks Off You” is a coming of age novel that follows an Indian-American girl trying to find herself as an artist in the Bay Area at the dawn of the tech boom.

She Who Hunts (Hunters) 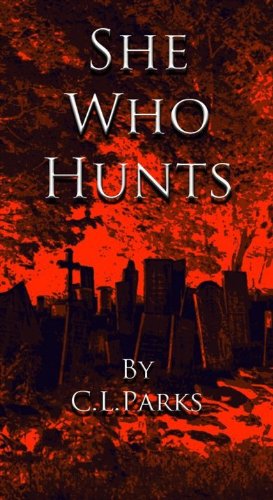 Tenna Massey’s husband is possessed, and may be the one responsible for the string of murders in her community. Only a demon Hunter can stop him, and unfortunately for Tenna, she comes from a long line of them, a legacy she ran away from years ago.

If Tenna chooses to become the Hunter she was destined to be, it will mean stepping back into the world she thought she’d left behind for good. Worse, it will mean killing the man she’s loved for so long. But if she doesn’t, the murders won’t stop.

The longer she puts off her decision, the more innocent lives are in danger, and the more Tenna realizes she can’t run forever. 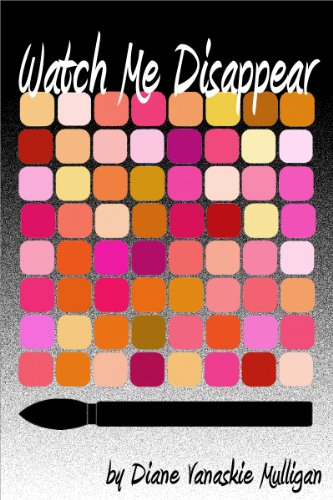 4.7 stars – 3 Reviews
Kindle Price: FREE!
Text-to-Speech and Lending: Enabled
Don’t have a Kindle? Get yours here.
Here’s the set-up:

Lizzie knows it isn’t right to eavesdrop, but is it really eavesdropping if her neighbor Maura makes all of her phone calls on her parents’ pool deck in easy earshot of Lizzie’s backyard? And of course it’s wrong to go snooping around on someone else’s computer, but is it Lizzie’s fault that Maura keeps her computer turned on (and logged in to Facebook) all the time?

Lizzie’s father has moved the family around every few years to advance his career, so she has never had a chance to develop the kind of “BFF” relationships she thinks most kids have. She’s bracing herself for another lonely year at her third high school when Maura gets sick of watching her little brother when she could be partying. Thanks to Maura’s plotting, Lizzie becomes everyone’s new favorite babysitter, and seeing her opportunity, Lizzie breaks her strict parents’ rules and uses Maura’s computer to create a secret Email address and Facebook account. She is quickly friended by Missy, a fellow transfer student as eager for a friend as she is. Things are looking up for Lizzie until Maura’s ex-boyfriend Paul sets his eye on Missy. Caught between her new best friend and the neighbor whose friendship promises instant popularity, Lizzie doesn’t know what to do–because she’s fallen for Paul, too.

WATCH ME DISAPPEAR was a 2011 Amazon Breakthrough Novel Award Quarterfinalist. 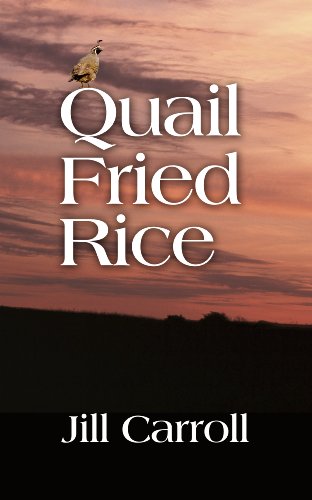 4.5 stars – 19 Reviews
Kindle Price: FREE!
Text-to-Speech and Lending: Enabled
Don’t have a Kindle? Get yours here.
Here’s the set-up:
Quail Fried Rice is a romance novel written in a somewhat literary style outside the usual “romance” formula. The story follows Tori Reed and Elena Rios–talented, smart and beautiful women–as they transition their lives away from big cities to the pace and culture of a small town in West Texas. Readers join their journey as they create new lives for themselves in the midst of grief, loss, significant change, and the pressures of societal expectation. The result is an artful narrative of discovery set within the sparse beauty of the desert landscape. 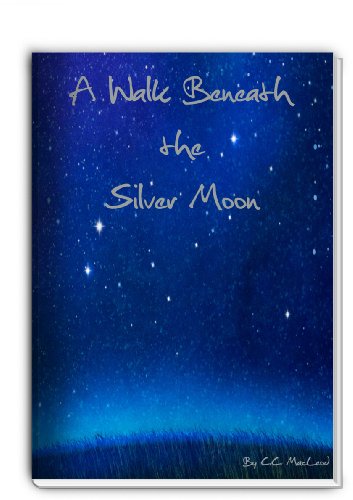 5.0 stars – 1 Reviews
Kindle Price: FREE!
Text-to-Speech and Lending: Enabled
Don’t have a Kindle? Get yours here.
Here’s the set-up:
A Walk Beneath the Silver Moon is a short story about a young man named Travis journey into the alluring world of paganism. One late night, Travis and his cat Rosco happen upon their mysterious neighbor Billy Ray. What they discover that night will forever change Travis’s life and set him on a life that he never imagined possible. This short story is the first story in the Silver Moon Collection which stars the lives and adventures of Travis, Rosco and Billy Ray.

Free Gifts Every Day: Your Spiritual and Inspirational Guide to Happiness Now 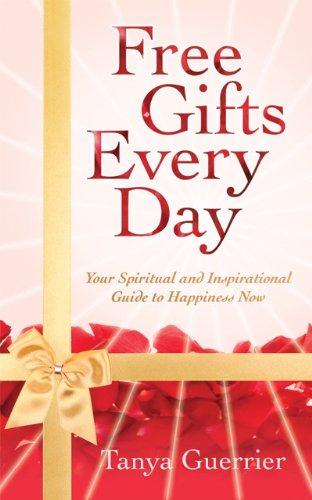 Kindle Price: FREE!
Text-to-Speech and Lending: Enabled
Don’t have a Kindle? Get yours here.
Here’s the set-up:
Are you on a quest for more happiness?
Do you desire to live a richly blessed life?If so, this award-winning book is especially for you!This is an Exclusive, Revised and Updated Kindle Edition!Abundance is hereNow you can learn to tap into your inner resources, master spiritual tools and follow on the path to happiness. In an uplifting, yet down-to-earth style, this simple guide offers you secrets and strategies for finding, attaining, and enjoying happiness daily, even in the worst of times.