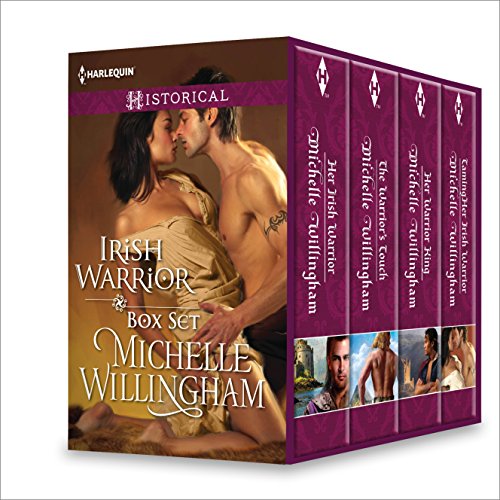 Her Irish Warrior
Genevieve de Renalt turned to fiercely powerful Irish warrior Bevan MacEgan only for protection… She didn’t expect to lose her heart in the bargain!

The Warrior’s Touch
Connor MacEgan is a fighter; it’s in his blood. But when his hands are crushed in a brutal attack, he finds he may never wield a sword or touch a woman ever again. The only person who may be able to help him now is pragmatic, plain Aileen…

Her Warrior King
Blackmail forced Patrick MacEgan into marriage—although he could not be forced to bed his Norman bride. But Isabel de Godred is as fair as she is determined to be a proper wife!

Taming Her Irish Warrior
Honora St. Leger secretly trained in order to prove she could wield a sword as well as any man. But when Ewan MacEgan steals a kiss from her, she succumbs to his forbidden embrace.

And here, for your reading pleasure, is our free romance excerpt: