Make time for Five FREE Titles and more with our FREE book search! All brought to you by April White’s Marking Time (The Immortal Descendants, Book 1) 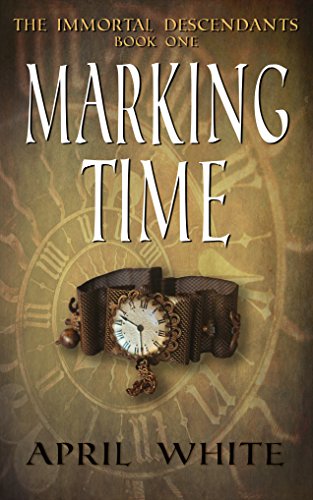 4.7 stars – 810 Reviews
Kindle Price: FREE!
Text-to-Speech and Lending: Enabled
Don’t have a Kindle? Get yours here.
Or check out the Audible.com version of Marking Time (The Immortal Descendants, Book 1)
in its Audible Audio Edition, Unabridged!
Here’s the set-up:

Seventeen-year-old tagger Saira Elian can handle anything … a mother who mysteriously disappears, a stranger who stalks her around London, and even the noble English grandmother who kicked Saira and her mother out of the family. But when an old graffiti tag in a Tube station transports Saira to the nineteenth century and she comes face-to-face with Jack the Ripper, she realizes she needs help after all.

Saira meets Archer, a charming student who helps her blend in as much as a tall, modern American teen can in Victorian England. He reveals the existence of the Immortals: Time, Nature, Fate, War, and Death, and explains to Saira that it is possible to move between centuries – if you are a Descendant of Time.

Saira finds unexpected friendships at a boarding school for Immortal Descendants and a complicated love with a young man from the past. But time is running out for her mother, and to save her, Saira must embrace her new identity as she hides from Archer a devastating secret about his future that may cost him his life.

Review:
“This was an EPIC adventure of a book that was written so well as to create a thriving and vivid world that I was completely and utterly immersed into. The supporting characters were well-developed and played key roles in the advancement of the story and I didn’t want to stop reading once I started. So much is going on, drama, back history, history, tidbits of mystery that you wish you could figure out. Then there is the love. . .oh my heart. It is so sweet and endearing and just compels you forward wanting to know what will happen with them.” – Jennifer, Back off my Books Reviews

This post is dated Aug. 29, 2015. The titles mentioned may remain free only until midnight PST tonight. 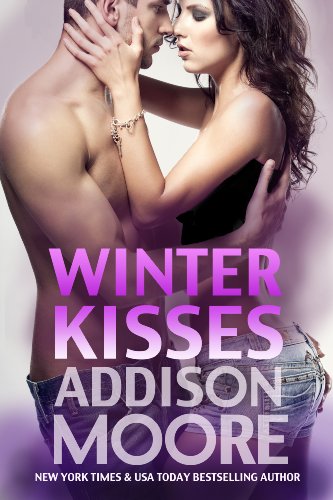 4.4 stars – 93 Reviews
Kindle Price: FREE!
Text-to-Speech and Lending: Enabled
Don’t have a Kindle? Get yours here.

Laney Sawyer used to believe in love and all of the trappings that happily ever after could provide until Ryder Capwell crushed her heart. When Laney is auctioned off as a prize at the drama department fundraiser the last person she expects to trade cold hard cash for her company is Ryder.

Ryder Capwell is in love with Laney Sawyer. One year ago she walked out of his life and took the light of his world right along with her. Ryder would do anything to have another chance with Laney, including purchasing her for the evening courtesy of Whitney Briggs University, and he does just that.

One thing leads to whiskey, which leads to a one-night stand. She thinks it’s revenge sex—he thinks its make-up sex. Things can only go wrong from here. 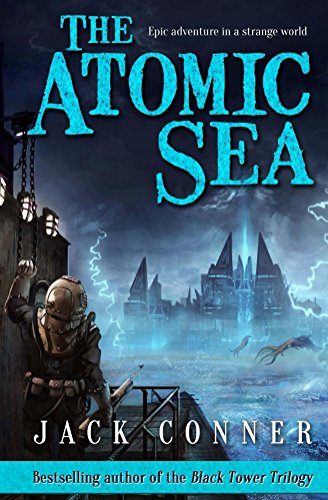 4.1 stars – 170 Reviews
Kindle Price: FREE!
Text-to-Speech and Lending: Enabled
Don’t have a Kindle? Get yours here.

Middle-aged widower Dr. Francis Avery is aboard a military whaling ship far out on the Atomic Sea when a series of murders onboard propels him down a rabbit-hole of danger and terror unlike any other.  Soon he becomes aware of a spy on the ship, but that’s just the beginning. With the help of the grizzled whaler Janx and a mysterious woman named Layanna, he will embark on an epic quest to save Ghenisa from Octung and unravel the secrets of the Atomic Sea. 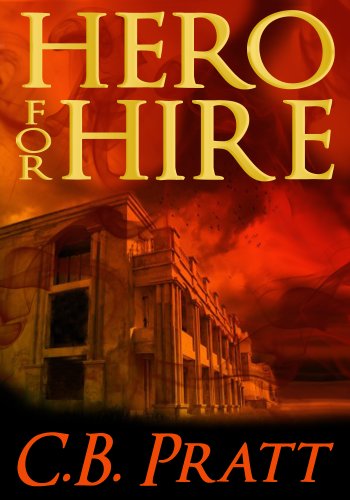 4.3 stars – 109 Reviews
Kindle Price: FREE!
Text-to-Speech and Lending: Enabled
Don’t have a Kindle? Get yours here.

Armed with a wry voice and a swift sword, Eno the Thracian finds his simple mission to rid an island of a harpy turns into a mystery that shakes the throne of Zeus Himself. With both Hekate, Witch Queen of the Underworld, and Aphrodite, Goddess of Desire, taking a ‘personal’ interest in Eno, the secrets he doesn’t even know he knows will become unexpectedly important if he is to overcome the Undead Army that threatens the entire world. 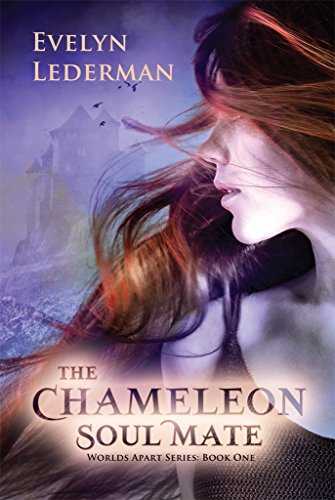 While hiking, Alexandra Mann is powerless to stop the force that pulls her into a foreign land. Alex must rely on her quick-wits in an effort to deal with the strange new world. Fear of rejection taught her the art of blending into the background, a skill that will help keep her alive.