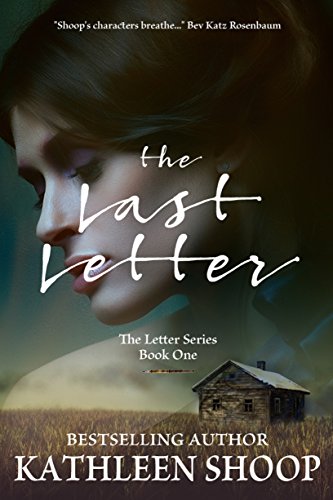 3.9 stars – 279 reviews
Kindle Price: FREE!
Text-to-Speech and Lending: Enabled
Available on Audible
Don’t have a Kindle? Get yours here.
Here’s the set-up:

“Gripping historical fiction—A tale of two women finding meaning behind all that went wrong in their lives. A timeless tale of redemption with the best plot-twist at the end I’ve seen in a long, long time. Can’t wait for book two!” New York
Times and USA Today bestselling author, Melissa Foster

In the summer of 1905 Katherine Arthur’s mother arrives on her doorstep, dying, forcing her to relive a past she wanted to forget. When Katherine was young, the Arthur family had been affluent city dwellers until shame sent them running for the prairie, into the unknown. Taking her family, including young Katherine, to live off the land was the last thing Jeanie Arthur had wanted, but she would do her best to make a go of it. For Jeanie’s husband Frank it had been a world of opportunity. Dreaming, lazy Frank. But, it was a society of uncertainty–a domain of natural disasters, temptation, hatred, even death. 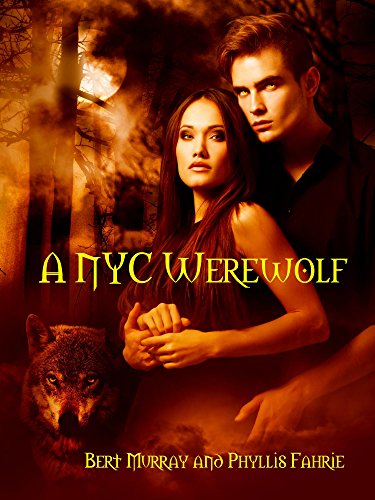 “When my mother was very sick my father left her and moved in with another woman who he was having an affair with. I will never forgive him for what he did. I did my best to help my mother when she was sick and alone.

Before she died she somehow left me with the magical ability to shift into an enormous and powerful wolf with very large teeth and sharp claws when I face danger or a threat. I can run faster and have better hearing then any man alive when I become the wolf.

I feel very lucky that Lucy, the beautiful young woman I am dating at the college, accepts that I am part wolf and is willing to embrace the passionate, but dangerous love that I offer her. She has arranged for me to see a psychic on the Upper East Side to help me better understand my supernatural powers so that my wolf side doesn’t get out of control.” – James Hatton, The NYC Werewolf

***This is part one of a four part werewolf paranormal serial.

All four books in this series are now available on Amazon: 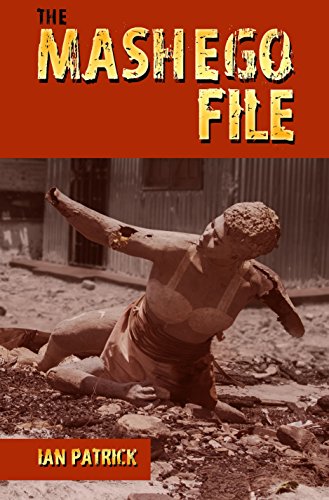 The Tannenbaum Tailors and the Secret Snowball 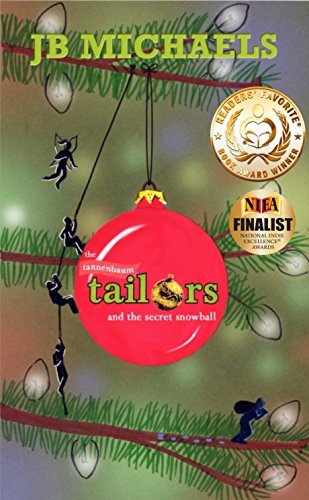 They are the Tannenbaum Tailors: elves charged with maintaining Christmas trees in homes around the world.

Without the Tailors’ efforts, families might lose their Christmas spirit. And this year, one team of Tailors will be tested like never before.

With the North Pole itself under attack, newly promoted Captain Brendan is assigned a special mission: conceal the source of Santa’s power within a Christmas tree in Chicago. On Christmas Eve, Santa will pick it up.

The job would be simple, but the Tailors find themselves facing a serious threat””the thieving Spiritless elves, already responsible for sabotaging the North Pole Home Tree, will do anything to gain control of the very thing that makes Christmas possible.

˃˃˃ Equally bad, Christmas spirit is at an all-time low in the Chicago home where Brendan’s assigned.

The family’s mother even wants to take the tree down before Christmas Eve! To save Christmas, Captain Brendan and his Tailors will have to use every spirit-raising trick they know””and possibly even bend a few rules to pull it off. 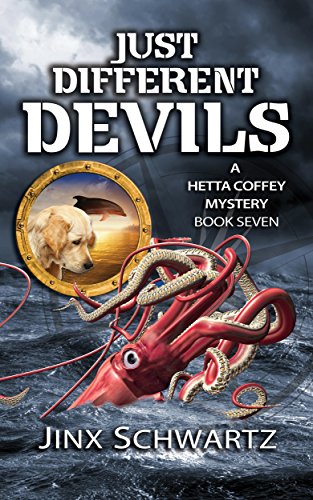 – Learn More
Text-to-Speech and Lending: Enabled
Available on Audible
Don’t have a Kindle? Get yours here.

Hetta Coffey is a sassy Texan with a snazzy yacht, and she’s not afraid to use it—most of the time.
She’s an intrepid cruiser, but wild rumors of marauding gangs of flesh-shredding giant Humboldt squid on a rampage in the Sea of Cortez could keep even Hetta tied to an expensive dock. However, when the opportunity for an intriguing and highly lucrative charter arises she talks her best friend, Jan, into signing on for a mysterious cruise.
Damn the calamari! Full bank account ahead! 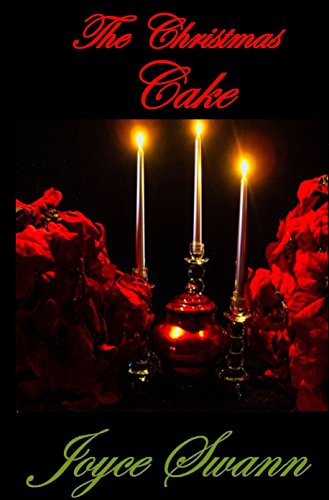 “If you died tonight, where would you spend eternity?” Like the ghosts from Dickens’ Christmas Carol, this question haunts Tatiana Richards on Christmas Eve. With the help of Esther Cook’s Christmas Cake, Tatiana’s daughter Michelle will try to explain to her mother the real message of Christmas—eternal life through a relationship with Jesus.

Book Two of our new Holiday Collection, The Christmas Cake, features a recipe that has been in the author’s family for several generations. It is our hope that both the story and the cake will become part of your holiday traditions. 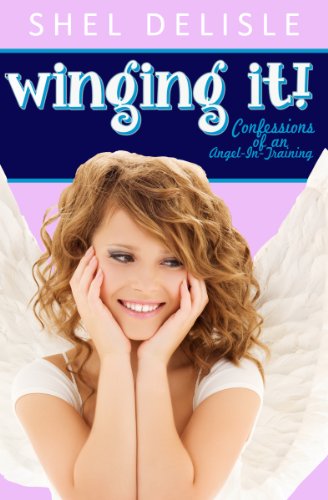 She Just Wants to Fly.

Ever decided to do something that seemed like a good idea and in the second before there’s no turning back think, I musta been totally mental when I came up with this? And, then, Oh, well, here goes.

That’s how Angel inTraining Grace Lightbourne felt right before she asked the Big Kahuna to go straight to Earth on a mission as a Guardian Angel. The problem? She never was a great student and now she won’t even finish her last three years of school. To make matters worse, Archangel Michael isn’t happy about her special assignment, but Grace is convinced she’s on a fast track to her wings. Besides, how hard can it be? She’s working with humans, after all.

Winging It! is the first book in the Angel inTraining series, an irreverent and light-hearted take on Angels, Heaven and everything else that’s divine. 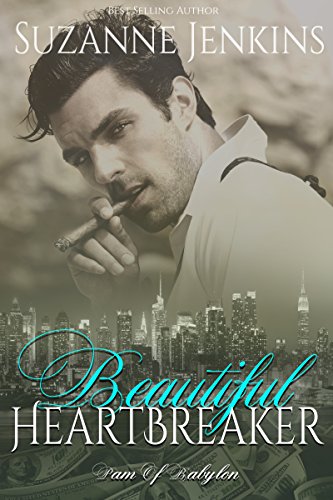 “Don’t look now, but Jack Smith is right behind you,” Marian whispered. A flush of pleasure cruised through Genevieve’s body, but later, she thought it might have been a warning.

The years of Jack Smith’s coming of age occurred during the best and worst times in Manhattan’s history. The son of Upper West Side elitists, raised with the best of everything, one secret aspect of his childhood set him apart from others in his class.

Beautiful Heartbreaker tells the story of Jack’s transformation from a young, innocent boy to a larger than life icon who took the city by storm.

For followers of Pam of Babylon, Beautiful Heartbreaker fills in some of the blanks his death left unanswered. Will the mystery of Jack ever be unlocked?

1. Pam of Babylon
2. Don’t You Forget About Me
3. Dream Lover
4. Prayers for the Dying
5. Family Dynamics
6.The Tao of Pam
7. In Memoriam
8. Soulmates
9. Save the Date
10.I’ll Always Love You
11.Beach Spirits
12. South Shore Romance
13. Meet Me at the Beach
14. Pam’s Adventures in Babylon
15. Second Chance
16. If I Ever Leave You
Short Stories: We’re Just Friends, Julie Hsu, When I Was Young, Gladys andEd’s Big Adventure, Beautiful Heartbreaker, Pam of Babylon Romance Boxed Set
Free on author’s website: First Sight, A Good Beach Day 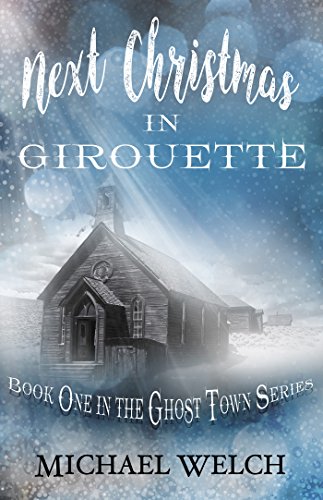 Next Christmas in Girouette is the first in a series of novels set in a ghost town on the eastern porch of the Montana Rocky Mountains. This book will appeal to people of all ages—nine to ninety-nine—who want to share a classic, heart-warming literary adventure at Christmastime.

Next Christmas in Girouette is the story of a brother and sister—Autry and Oxana Quinn—who find themselves stranded in a Girouette, a virtual ghost town, from Thanksgiving through Christmas when their father is taken seriously ill. Their grandfather, a Marine Captain long retired, plus an eccentric old café proprietress, a Blackfeet Indian horse trader who once served as the town’s mayor, a couple who published the local newspaper and an ancient deaf-mute trapper are the only remaining inhabitants of Girouette. These self-styled, “diehards” all seem to have one thing in common. Thanks to a mysterious event 60 years earlier, they still believe in Santa Claus.