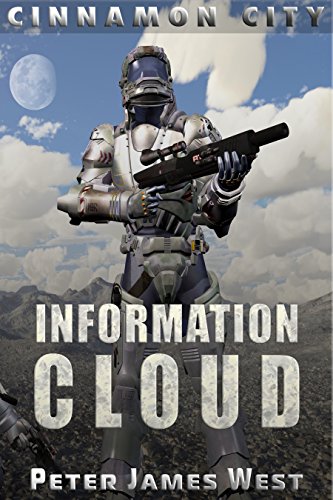 3.6 stars – 75 reviews
Kindle Price: FREE!
Text-to-Speech and Lending: Enabled
Don’t have a Kindle? Get yours here.
Here’s the set-up:

‘Well Worth the Read.’

Tales of Cinnamon City is a Science fiction and fantasy series set in the rich, deep world of Megarothia. Information Cloud is the first novel in the series, mixing elements of military science fiction, military fantasy, and hi-tech action.

On a world called Megarothia, a world governed by powerful war lords, the people grow restless in a thriving metropolis known as Cinnamon City. They live their lives under the protection of the Dome Shield, safe from the ravaged world outside. History fades when blood runs dry. The Iridium Wars have long since been forgotten, but the world has not forgotten them.

Rachel works for Central Command, the governing body of Cinnamon City. She helps keep order on the streets when she’s not fighting the Kamari. The insurgents have become increasingly bold in the last few months, launching ever more violent attacks on the outlying stations. Kamari agents have even been seen in the city, though nobody knows what they hope to achieve.

There’s something different about Rachel. Rumours of her strange abilities are spreading throughout the towers. She tries to blend in with the other soldiers but the more she tries to go unnoticed the more she stands out.

When Commander Nick Chambers receives a tip off about the possible location of a new Kamari HQ, Rachel joins a task force to investigate, but not everything goes to plan. Their forces are ambushed and the battle quickly spirals out of control.

A dark power is rising. Lord Hades must face his darkest hour. Will Rachel learn to face the unpleasant truth about herself before it’s too late?

Trouble brews in the city as the battle of Havers Compound intensifies. Backed into a corner, Rachel finds her choices disappearing one by one. 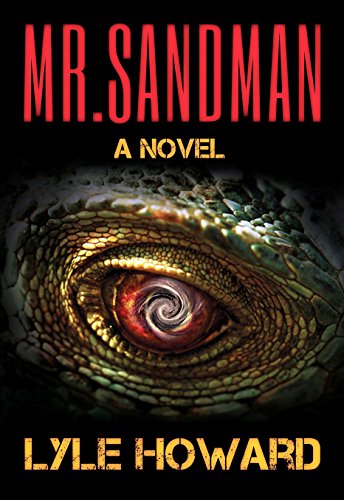 4.2 stars – 109 reviews
Kindle Price: FREE!
Text-to-Speech and Lending: Enabled
Don’t have a Kindle? Get yours here.
Here’s the set-up:

An epic adventure in a life-long pursuit of the truth.

What is the mystery that Lance Cutter’s DNA is hiding? Whatever the secret is, they had it, they lost it, and now they will do anything to get it back…

Time is running out.

Lance Cutter is born out of a horrific experiment by a deranged scientist. Presumed dead in an explosion at birth, Lance and his mother create a quiet, normal life. But what is normal for others is not so for Lance. He is faster, smarter and more agile than other children. When Lance and his mother go to Washington seeking answers, they are greeted by deadly force.

The Savant of Chelsea 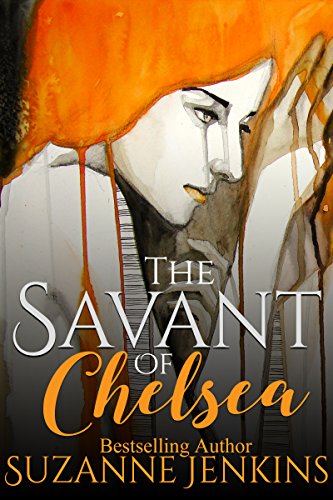 4.2 stars – 260 reviews
Kindle Price: FREE!
Text-to-Speech and Lending: Enabled
Don’t have a Kindle? Get yours here.
Here’s the set-up:
After the death of her mother, New York surgeon Alexandra travels to New Orleans to face the secrets and tragedies of her youth. A mystery is solved leading to a journey to madness. 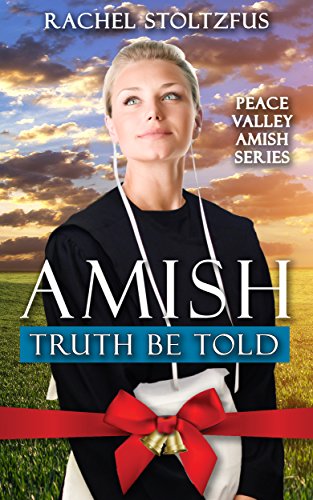 4.4 stars – 127 reviews
Kindle Price: FREE!
Text-to-Speech and Lending: Enabled
Don’t have a Kindle? Get yours here.
Here’s the set-up:

Inside the Amish community of Peace Valley lurks a shameful double standard. When two women, Lizzie Lapp and Annie Miller, are told by their husbands to abandon their dreams of work outside the home, will they have the strength to protect themselves and their families? Can the light of God’s truth transform their community, and their husbands’ hearts? Or are some secrets too painful to reveal?

Find out in Truth Be Told, Book 1 of the Peace Valley Amish series. Truth Be Told is a Christian Amish romance that spans three generations. 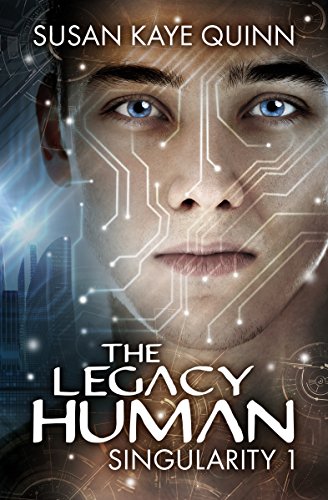 4.5 stars – 196 reviews
Kindle Price: FREE!
Text-to-Speech and Lending: Enabled
Available on Audible
Don’t have a Kindle? Get yours here.
Here’s the set-up:
What would you give to live forever? Seventeen-year-old Elijah Brighton wants to become an ascender—a post-Singularity human/machine hybrid—after all, they’re smarter, more enlightened, more compassionate, and above all, achingly beautiful. But Eli is a legacy human, preserved and cherished for his unaltered genetic code, just like the rainforest he paints. When a fugue state possesses him and creates great art, Eli miraculously lands a sponsor for the creative Olympics. If he could just master the fugue, he could take the gold and win the right to ascend, bringing everything he’s yearned for within reach… including his beautiful ascender patron. But once Eli arrives at the Games, he finds the ascenders are playing games of their own. Everything he knows about the ascenders and the legacies they keep starts to unravel… until he’s running for his life and wondering who he truly is.The Legacy Human is the first in Susan Kaye Quinn’s new young adult science fiction series that explores the intersection of mind, body, and soul in a post-Singularity world… and how technology will challenge us to remember what it means to be human.

Nature’s Confession: The epic tale of two teens in a fight to save a warming planet, the universe…and their love 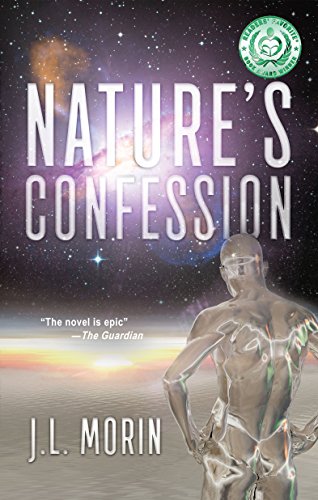 4.2 stars – 25 reviews
Kindle Price: FREE!
Text-to-Speech and Lending: Enabled
Don’t have a Kindle? Get yours here.
Here’s the set-up:
When a smart-mouthed, mixed-race teen wonders why the work that needs to be done pays nothing compared to the busywork glorified on holovision news, the search for answers takes him on the wildest journey of anyone’s lifetime. Their planet is choked with pollution. They can’t do anything about it . . . or can they? With the girl of his dreams, he inadvertently invents living computers. Just as the human race allows corporations to pollute Earth into total desolation, institute martial law and enslave humanity, the two teens set out to save civilization. Can they thwart polluters of Earth and other fertile planets? The heroes come into their own in different kinds of relationships in this diverse, multicultural romance.

Murder in the Painted Lady (A Peyton Brooks’ Mystery Book 0) 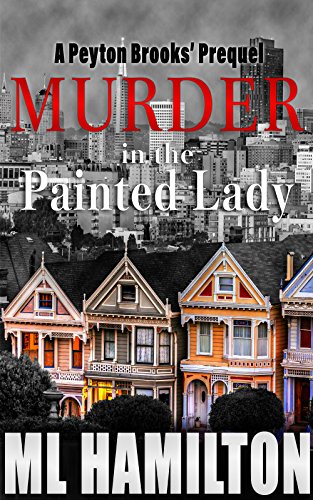 4.3 stars – 17 reviews
Kindle Price: FREE!
Text-to-Speech: Enabled
Available on Audible
Don’t have a Kindle? Get yours here.
Here’s the set-up:

Please note: This is a novella, not a full length work. Peyton and Marco have solved more cases than many senior members of the San Francisco PD, but this case (the death of a high end real estate agent) is proving more difficult than the others. With no evidence, no suspects, and no motive, Peyton fears they won’t get a break in the case before the killer strikes again. In the multi-million dollar San Francisco real estate market, realtors are literally dying for a sale.

THE SEXPLOITATION OF SPACE: The First Six Stories 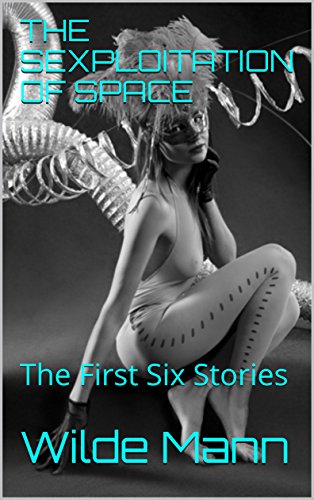 So man got further than the Moon, and what did he find? There were already aliens in our solar system! Watching, waiting and oh so curious about our sex lives!

Visit Mars, Venus, Jupiter, The Rings of Saturn, the Moons of Neptune and land on Pluto. At each destination our stalwart astronauts explore outer space and the sex-starved creatures lurking there!

Some humans naturally find a way to make money at this…

If you like sex, science fiction and humor, you’re going to love Wilde Mann’s Anthology, THE SEXPLOITATION OF SPACE.