I Know What You Did: A psychological suspense thriller 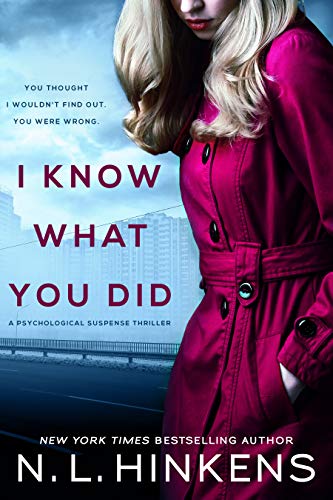 4.4 stars – 33 reviews
Kindle Price: FREE!
Text-to-Speech and Lending: Enabled
Available on Audible
See more titles by N.L. Hinkens
Here’s the set-up:
Some rules should never be broken.After suffering multiple miscarriages, school counselor Jo Murphy is on a mission to save her marriage by any means possible. When Mia, a pregnant senior, unexpectedly shows up in her office, Jo devises an unorthodox plan to adopt her baby. But when Mia’s handsome football captain boyfriend suddenly goes missing, Jo finds herself embroiled in a heart-stopping murder plot that threatens to destroy the one thing she wants most. The investigation that follows unearths one shocking secret after another until nothing about Mia’s pregnancy is adding up. Trapped in a web of deceit of her own making, Jo faces a heart-wrenching choice.Will she risk everything to expose the truth?- An emotional roller coaster of a domestic thriller that will leave you breathless! -Will you enjoy I Know What You Did? If you read any of my favorite psychological and domestic suspense thriller authors including K.L. Slater, Shalini Boland, Adam Croft, Kathryn Croft, Lisa Gardner, Louise Jensen, or Rachel Caine, the answer is a resounding yes!

The Escalator Effect – A Business Fable: Four Essential Steps to Lead and Inspire Your Organization to Rising Success 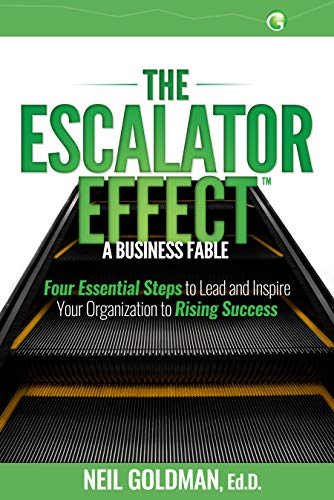 The Escalator Effect™ details four essential steps to lead and inspire your organization to rising success. The business model provides a strategy and system to help leaders build and grow meaningful focus and direction; energize and engage their teams; refine their customer (or member) experience; and create and deliver relevant distinction in the marketplace.

If you are a seasoned executive seeking new insights, in a start-up just getting going, a CEO, senior or middle management, a non-profit, or even an aspiring leader or manager, the proven concepts in this book can give you tools and ideas to escalate your personal, organizational, and financial success. The chapters are digestible and actionable quick-reads, designed to inform and inspire the reader to understand and apply the Escalator Factors™ to realize all-win victories in business and life. Buy it today: your adventure and journey awaits.

The Short-Term Retirement Program: Break Out of Your Financial Prison 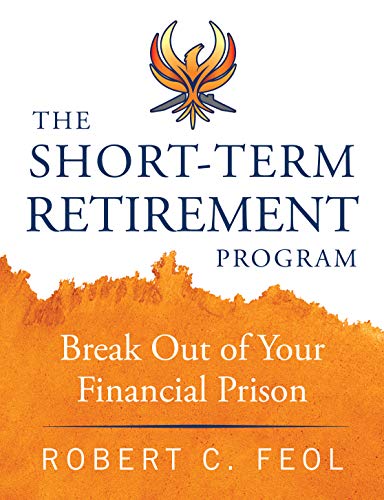 4.6 stars – 31 reviews
Kindle Price: FREE!
Text-to-Speech and Lending: Enabled
Here’s the set-up:
Living paycheck to paycheck? Exhausted with financial stress?JOIN THE REVOLUTION AND BREAK OUT OF YOUR FINANCIAL PRISON.The revolution includes people who are taking back their financial lives after being sick and tired of working year after year, living paycheck to paycheck,and going nowhere.Sound familiar? It should—76% of Americans are in the same boat.Do these circumstances eerily mirror your life?Your paycheck spent, often well in advance of receiving it? Credit card debt: unpayable and unsustainable? Student loan debt: often exceeding most people’s house mortgage? 30-year home loans you are making no progress on? Less than $500 in your checking or savings account? Wondering when and how this will all end?If this sounds like you—you need THE SHORT-TERM RETIREMENT PROGRAM.Change Your Life Starting Right NowLearn how to pay off your personal mortgage in as little as three to five years.Leverage your income to invest in rental properties that can help you build wealth for years to come. Learn WHY you are unable to get ahead, the nefarious financial market factors intentionally arrayed against you, and how to solve your financial problems ONCE AND FOR ALL. THE SHORT-TERM RETIREMENT PROGRAM will change your life forever.

Pure Conscious Energy: The Path to Innate-Intelligence ~ Make the Mind Your Friend 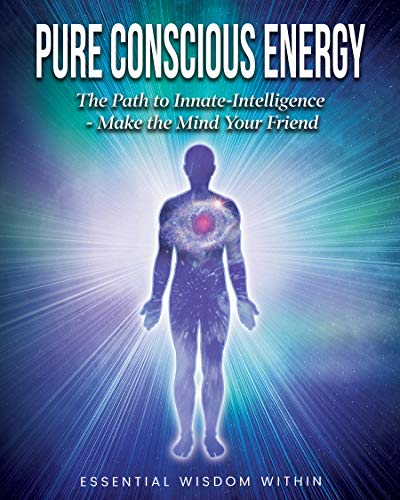 The intention of Pure Conscious Energy is to reconnect you with the truth that you are a Spiritual Being. Within its pages you’ll find The Chart of Intentions and Characteristics of the Composite Being, which was created as a tool to help identify the higher levels of consciousness and truth while bringing understanding and clarity to negative habits or characteristics of lower confusions. Using this will help you free the condensed energy and confusion from your consciousness via analytical processing. Increasing your consciousness and acting with clear thinking and wisdom, will enable you to move up to higher states of understanding and knowingness.

Over the course of this book, you will travel a path towards friendship with your own mind. More than that, your consciousness will become like a compassionate older sibling taking your hand, guiding you with knowledge through areas of confusion and uncertainty. This will help you reach the innate spiritual truths within and raise your vibrational energy to live more in the “now” while increasing your imagination to discover and live your life’s purpose. 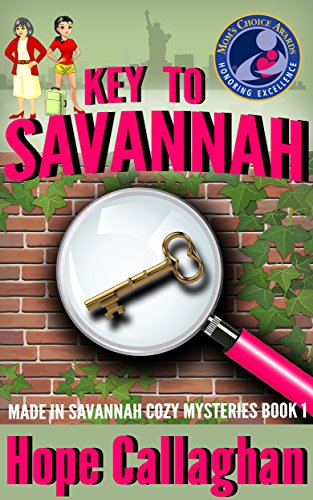 A mother and daughter try to escape their family’s NY mob ties by making a fresh start in Savannah, GA but they soon realize you can run but you can’t hide from the past.

“If you like clean cozy mysteries that keep you guessing until the end, you’ll love the Made in Savannah series! ”

BONUS – RECIPE INCLUDED!
————————————-
Months after the untimely death of mafia made man “Vinnie Garlucci,” his devoted wife, Carlita, discovers a mysterious key in one of his pockets while sorting through his belongings.

With help from her daughter, Mercedes, she sets off to find out what the mysterious key belongs to and soon discovers she has inherited property in historic Savannah, Georgia. Carlita views the property as a sign and remembers Vinnie’s dying words to her to get their family out of the mafia.

Against the wishes of her three sons, mother and daughter embark on a road trip to explore the property. While they’re gone, someone breaks into their home and vandalizes it. This is the second time it has happened since Vinnie’s death and Carlita is convinced that it’s somehow tied to the mafia.

Carlita and Mercedes are looking forward to leaving their old life behind with a fresh start in beautiful Savannah. They quickly realize you can run but you can’t hide from the past.

The Pinecone Apothecary: A Novel 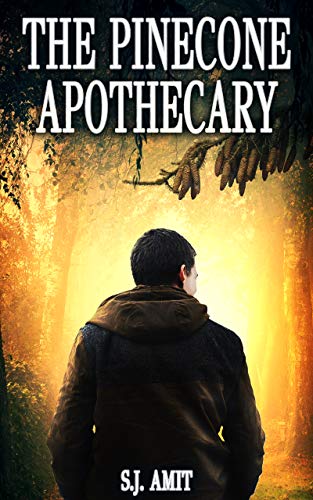 “Sometimes pain is only the messenger. That is the language with which your eternal soul speaks to the one-time person that you are. In the Land of the Mosaic there’s an apothecary who will know how to speak to the free spirit residing within you.”At the height of his success, Julian discovers he has been left without a job. The unrelenting pangs in his chest appear at an increasing frequency.

Despite his attempts at recovering, the excruciating pain paralyzes him, and without knowing how and why, he crosses over to the Land of the Mosaic – which has no beginning or end, where all its components are intertwined and are of equal value and importance – in a journey towards the pinecone apothecary who will prepare the remedy that can cure his pain.

Julian finds himself in a wooden hut with two people he doesn’t know. Despite his fear, he agrees to go on a journey through the Land of the Mosaic alongside Kelemance, a man who promises to accompany Julian and guide him to the pinecone apothecary.

Their travels turn out to be extremely challenging, both mentally and physically, taking them through extreme and threatening situations. From the river that runs through the Valley of Abandoned Issues, through the walled-off Colony of the Lost, to the Children of Talent in the Area of the Changing Seasons and their Memory Guardians – with one extraordinary child standing out from the rest – through the clear waterfalls all the way to the Exit Cave, and out to the top of the Mountains of Freedom.

This is a magical allegory about fears and anxiety, about the place of the sensitive person, the thinker, the human, within modern society’s current social order, in a world in which human beings are the only animals who despair of their lives. 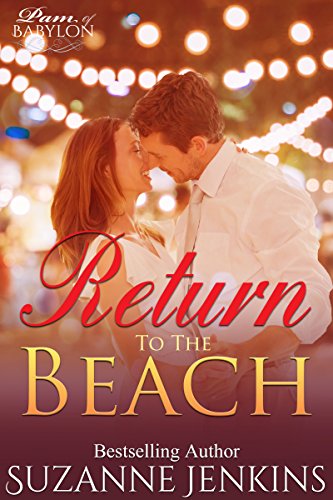 4.6 stars – 17 reviews
Kindle Price: FREE!
Text-to-Speech and Lending: Enabled
See more titles by Suzanne Jenkins
Here’s the set-up:
As Memorial Day approaches, and Pam’s famous party preparations move forward, life at the beach reaches a crazy crescendo. It’s been seven years since Jack died, and he still has a powerful hold on his family. This is the epilogue to Portrait of Marriage, Pam #17.

I Know What You Did: A psychological suspense thriller, N.L. Hinkens

A career in the NFL or join the local fire company with dad? The choice is made when Oliver meets Wendy… Fire Ball: The Saints of San Diego by USA Today bestselling author Suzanne Jenkins
8-in-1 BOXED SET ALERT! Invincible Dreams by New York Times & USA Today Bestselling, Award-Winning Authors