Giveaway time! Brought to you by Dark Knights 4 by Robert L. Bryan: Choose your prize on our Giveaway Central page and fall into Autumn with this hilarious book

And to say thank you here is a bonus entry word: floor

You can help keep the party going by checking out… 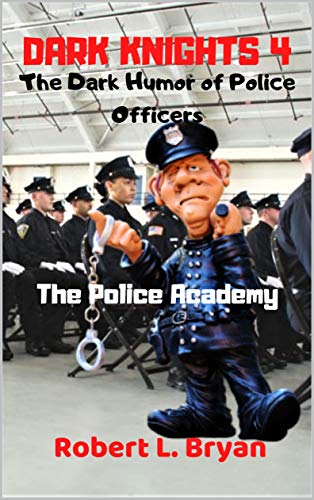 – Learn More
Lending: Enabled
Enjoy Robert L. Bryan Books? Tell us why and WIN a chance for a FREE ebook!
Here’s the set-up:

In even the toughest of jobs, and in the harshest of environments, what else can we rely upon to get us through the day but our sense of humor?
This is the fundamental premise behind Dark Knights 4 The Dark Humor of Police Officers: The Police Academy, a daring, illuminating, and deeply funny and sideways look at law enforcement in the USA, as well as at the eccentric and outrageous characters who work within and outside of the system.

You might have thought that the distinctive, instantly recognizable, and world-weary dark humor possessed only by big city cops is the product of many, many years on the force. You might have thought that the jokes they tell, their sideways view of life, and their whole perspective on people, the system they work in, and where the world is heading comes about at some point between the peak of their career and the final stretch before retirement. You’d be wrong: it begins at police academy.

Training to be a police officer, especially one preparing to patrol the mean streets of New York City, is one of the most physically and mentally exhausting processes anyone can go through. The shocks and surprises come thick and fast, and not everybody finds their way through to the other side or gets their badge at the end. As such, developing a sense of humor in line with your fellow officers – and a wit as quick as your instructors and superiors – isn’t just a good idea to get ahead, it’s essential for your survival on the job. From his work as a police academy instructor, patrol cop, and border patrol agent, Robert L. Bryan lifts the lid on the dark humor of the police force. By diving once again into the fray with yet another compendium, explores some of the oddest, funniest, and most memorable stories from his time working on the thin blue line.