Welcome to the magnificent Kingdom of Durundal, a land rich in history, sorcery and secrets…. A Hare in the Wilderness by S. E. Turner

Teen’s eBook of The Day

A Hare in the Wilderness (Kingdom of Durundal Book 1) 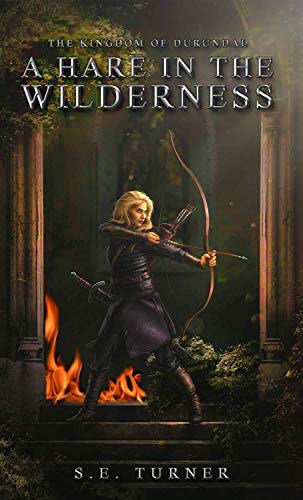 Born a mutant in the eyes of her father—the Emperor Gnaeus of Ataxata; Ajeya is banished to the wilderness—forever. Here, she must accomplish three things: learn to survive, find the ancient clans, and sharpen her mind to a deadly edge.

‘I will avenge my father.’

Since that fateful day, Ajeya has lived on the very edge of survival. She has faced Death many times—and survived. Survival is second nature to her because being part of a clan has helped her become the woman she needs to be, far more than any court of nobles could.

‘I wear the scar of a warrior on my face and the mark of a hare on my arm—I am a survivor.’

However, those at court are threatening the existence of the clans and seek to wipe them out by whatever brutal means they can—no matter the consequences. Now, with her one great love and unbreakable spirit, Ajeya must turn her people into warriors and fight back.

‘The betrayed will become the betrayer.’

Though even with her faithful companions at her side and victory within her grasp, Ajeya finds that her path may end as it began – in twists and traps and tragedy.

‘On my blood I will triumph over my enemies, for I will have fire in my eyes when I see them, not tears. I am fearless. Let the bloody battle begin.’

If you love mesmerising worlds and magical universes, then you will love A Hare in the Wilderness; an intoxicating tale of secrets and lies, love and loss, and the invincible strength of a woman.

Today’s Kindle Deal is sponsored by this week’s YA eBook of The Week: 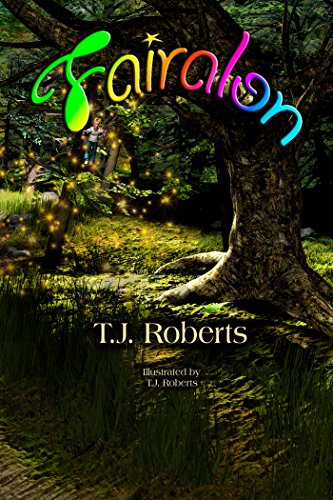 When Iris’s Grandmother passed, she left behind her house and all her possessions, including 5 wooden fairy dolls. It was all very strange. Why her? She was only 11 years old. A house? Dolls? She didn’t play with dolls anymore. The one condition for her to keep her new house was that she was required to live in it. This is the same house where all the weird things happened, and it was out in the woods, in a new town.

Being the “new kid,” in a new town is weird enough, especially moving into a house with so many mysteries. And it doesn’t take long before things start to happen, unexplainable things, strange things. Before they even get there, on the way to the house, on the dirt road leading to it, she sees a little boy on a swing disappear in mid-swing, in a burst of light.

Of course she tells her Dad, they stop the car and look for him, but he’s gone. He didn’t see it. He doesn’t believe her. She has no friends here and her Dad thinks she has “issues,” since the death of her mother.

What can she do? Who can she tell? Who would believe her? She wonders if she should try to find him? What if you see things all the time that nobody else sees? Are you crazy?

11 year old Iris uncovers her own strange past and learns that anything is possible if you believe in yourself. Come with her and find yourself in the magical world of Fairalon, but be wary of the strange creatures you meet there.

Fairalon explores themes of trust, loneliness, friendship, and self-reliance with a sprinkle of budding romance in this coming of age action filled story.