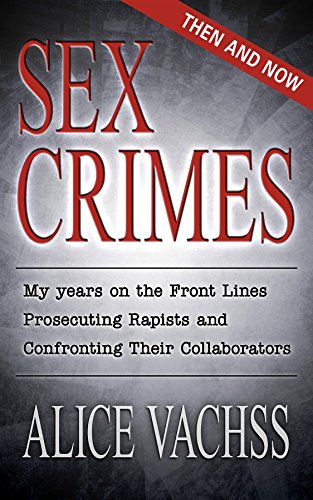 Loading
*
*
*For verification purposes only
No summary available...
Read more »

Report Bad Listing
*
*
*For verification purposes only
This is a short timeline of Thomas Paine....
Read more »

Changing the Narrative! The Journey from Fatherless Son to Man in the Mirror
By: David Daniels
Added:

Report Bad Listing
*
*
*For verification purposes only
*****Achieved #1 bestseller status In 6 categories, including: Adult Children of Alcoholics, Alcoholism, Drug Dependency, and Substance Abuse…*****Book DescriptionMy childhood saw its share of ups but also several unbearable downs, all brought on by alcoholic parents who chose to place the bottle...
Read more »

Report Bad Listing
*
*
*For verification purposes only
Everyone: "You're writing WHAT?!?"Jessica: "About children who are murdered by their parents."Most people: "Oh, I could never read THAT!"You (perhaps): "Hmm, I think I'd like to read it."Jessica: "Thank you - let's raise awareness.”Written from the child’s point of view, this story is not...
Read more »

MY NAME IS GABRIEL FERNANDEZ: From the author of Abused to Death
By: Jessica Jackson
Added:

Report Bad Listing
*
*
*For verification purposes only
The author survives with odd jobs in Tokyo, celebrates Christmas in Rio and learns that fat women are sexy - in Jamaica.He discovers the charms of freezing Helsinki, experiences warlike conditions in Haiti and ekes out $200 for a bottle of bottom-shelf whiskey in Alaska.He explores the secrets of...
Read more »

The World Is My Oyster - Volume 1: Travelogues (Around the World in 30 Stories)
By: Matthias Drawe
Added:

Report Bad Listing
*
*
*For verification purposes only
“Will you allow me to work after marriage?” is a question that women still ask their partners or their in-laws. But... the question here is why? And for how many more generations will this continue? Because we are undoubtedly passing this mentality on to the next generations one by one. How...
Read more »

What Comes After Marriage? : Unsheathing The Mask of Romanticized Ever-after
By: Ananya Anurag Anand
Added:

Report Bad Listing
*
*
*For verification purposes only
Shocking and brutal true crimes against innocent victims who deserve to have their stories remembered.A true crime anthology of 20 stories, Killer Case Files delivers gripping accounts of depraved and horrifying murders. These killers can range from seemingly normal people to psychopaths and serial...
Read more »

Report Bad Listing
*
*
*For verification purposes only
In no less than seven concentration and extermination camps, the Polish-Jew Noach (Natan) Żelechower was imprisoned during World War II. His first wife and their daughter were transported from the Warsaw Ghetto to Treblinka and perished there during the Great Deportation of the Warsaw Jews in the...
Read more »

I Survived to Tell: A Holocaust Memoir about Survival in the Warsaw Ghetto and 7 Camps
By: Noach (Natan) Żelechower
Added:

Report Bad Listing
« Previous Page
Only one page of results to display
Next Page »
Facebook-f Twitter Instagram Pinterest
References to prices on this website refer to prices on the main Amazon.com website for US customers. Prices will vary for readers located outside the US, and prices for US customers may change at any time. Always check the price on Amazon before making a purchase.