The Legend of Sasquatch

Man or beast?  The same question asked about the mythical Sasquatch might be asked regarding its namesake, young Texan Clint Buchanan (“Buck Hannon”), who prowls the streets of the DFW Metroplex in the late 1970s.
Clint seems to have it all—size, strength, intellect, personality, good looks, and any woman he wants. Unfortunately a combination of bad choices and bad luck leads to tragic results. Join this behemoth as he faces the life-changing and character-defining events of his late adolescence with a colorful supporting cast that includes devoted buddies Milton, Tom, and Hulk.
With 15 straight 5-star reviews, this gritty, action-packed character study may be the highest-rated indie novel in the Kindle Store at the popular $2.99 price point. Here’s what a couple of those Kindle reviewers have had to say:
UK Customers: Click here to download The Legend of Sasquatch

(or a free sample) to your Kindle, iPad, iPhone, iPod Touch, BlackBerry, Android-compatible, PC or Mac and start reading within 60 seconds
US Customers: Click here to download The Legend of Sasquatch

(or a free sample) from the U.S. Kindle Store
(Sponsorship can take a number of different forms and implies no endorsement either of or by Kindle Nation or a sponsor.)
Free Today in the UK Kindle Store! 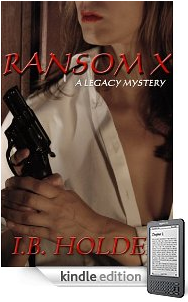 Martin Legace is a former special ops standout, once recognized as the top field interrogator in the American military complex. His study of the human mind was carried out in make-shift tents on the edge of the battlefield; he didn’t write or read the book on how to break a prisoner, he simply followed his instincts, dissecting human behavior in a way that verges on autism. He had a reputation for getting anything out of anyone – “had” being the operative word. Five years ago, a random crime shattered Legace’s world. Withdrawing inside himself, he built his life around the only family he had left, his teenage daughter. He withdrew from operations, and took the most isolated post he could, in the basement of the Alexandria FBI, working the archives. Legace brought consequence to the job. His tactics of getting inside the minds of criminals led to a controversial new form of investigation that came to be known as- shadow projection. It was a term coined by his insufferable regional director, Bailey, and Legace couldn’t begin to count the ways he hated the simplification of his process. Legace threw the deductive model out the window. He didn’t follow the trail of the criminal; he took on criminals who were smart enough to leave no trail. They were fixed objects like sundials casting a unique shadow for every incremental step in their journey. His methods involved knowing the inner workings of the criminal, and projecting forward to the next activity that such a person would engage in.  His life was verging on stable when a young female agent from Washington walked into his office with an opportunity, an obligation and a threat. Now, normally Legace would have ignored all three, but there was something about the case and the victim that struck a very personal chord in him.  All of his powers were going to be needed for a case that landed on his desk along the agent who now called herself his new partner. There was an abduction ring that was preying upon young women of marginal fame, using them in adult films and ransoming them for the price of pornography. The profit engine became a fad among perverts (the largest single unified economic bloc) and the income was staggering. This great influx of capital precipitated a bold move by the abductors. Their newest acquisition was the daughter of an old friend, the Director of the FBI. All hell was breaking loose over the Web and the world, and with a two-week window to find his quarry, Legace knew that his performance on this case would either cement his reputation as borderline charlatan with blood on his hands, or announce his reinstatement as borderline hero with all of the official responsibilities that entails, and he couldn’t actually say which outcome he feared more. 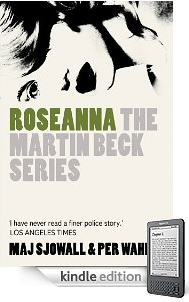 Roseanna by Per Wahlöö and Maj Sjowall
4.3 out of 5 stars  (22 customer reviews) Kindle Price: £0.00
‘The writing is elegant and surprisingly humorous — if you haven’t come across Beck before, you’re in for a treat.’ Guardian
‘I have never read a finer police story.’ Los Angeles Times
‘The decalogue about the Swedish Chief Inspector Martin Beck created by Maj Sjowall and Per Wahloo during the 1960s and 1970s are indeed classic police fiction. They changed the genre. Whoever is writing crime fiction after these novels inspired by them in one way or another.’ Henning Mankell
‘If you haven’t read Sjowall/Wahloo, start now.’ Sunday Telegraph
‘Their mysteries don’t just read well; they reread even better. Witness, wife, petty cop or crook — they’re all real characters even if they get just a few sentences. The plots hold, because they’re ingenious but never inhuman.’ New York Times London Review of Books
Publisher: Harper Perennial (10 April 2009)

Murder at the Savoy by Maj Sjowall and Per Wahloo
Buy: £2.99
Thousands of Free Classics for UK Kindle Readers!
With thousands of titles, the Kindle Store contains the largest selection of the books people want to read. This includes the most popular classics for free with wireless delivery in under 60 seconds to your Kindle, computer, or other mobile device.
Click here to unlock the door to 4,802 absolutely free popular classics in the UK Kindle Store!

Click here to buy your Kindle from the UK Kindle Store!