What better day than Hallowe’en to launch our incredibly cool, totally interactive new Kindle Nation Free Book Alert tool with automatic updating and clickable icons to start reading a free sample of any title right here on your browser….
But first, a word from … Today’s Sponsor
You know that I wouldn’t let Hallowe’en go by without offering something truly terrifying and extremely inexpensive from one of our premier authors of frightening fiction in the Kindle Store….
So here, at an introductory Kindle price of just 99 cents

, is the latest full-length novel from the author of The Skull Ring

, and Speed Dating with the Dead 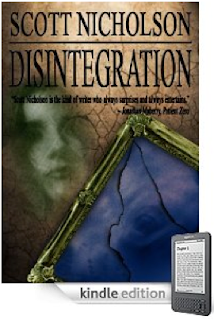 “A psychological thriller that grabs you by the throat and doesn’t let go, not even at its shocking conclusion.”–Vicky Tyley, Thin Blood and Sleight Malice

99 cents for a limited time. DRM-free and professionally formatted by Dellaster Design.

Identical twins vie for a family empire built on deceit, cruelty, and dark secrets–and one woman stands between them while another waits in the shadows.

When a mysterious fire destroys his home and shatters his family, Jacob Wells is pulled into a downward spiral that draws him ever closer to the past he thought was dead and buried.

Now his twin brother Joshua is back in town, seeking to settle old scores and claim his half of the Wells birthright. Jacob’s wife Renee is struggling with her own past and her attempts to salvage Jacob are driven by guilt and ambition.

As Jacob and Joshua return to the twisted roles they adopted at the hands of cruel, demanding parents, they wage a war of pride, wealth, and passion. They share a poisonous obsession with the provocative, manipulative Carlita, whose immigrant family helped build the Wells fortune.

Joshua wants other things, too, but Jacob’s desires are divided between the forbidden love he can’t possess, the respectability he can never have, and the revenge he is dying to taste. And Renee has dark motives of her own.

If only Jacob can figure out which of them to blame. But the lines of identity are blurred, because Joshua and Jacob share much more than blood.

And the childhood games have become deadly serious.

—–
A crime thriller from Scott Nicholson, #1 Kindle bestselling author of THE RED CHURCH

, SPEED DATING WITH THE DEAD

, and 13 other books. He’s also written six screenplays, the graphic novels DIRT and GRAVE CONDITIONS, and, as L.C. Glazebrook, the YA paranormal series OCTOBER GIRLS

. Visit him at Author Central.

“Buy everything he writes. He’s the real deal.”–Bentley Little, The Disappearance

“Keep both hands on your pants, because Nicholson is about to scare them off.”–JA Konrath, Shaken

Each day’s list is sponsored by one paid title. We encourage you to support our sponsors and thank you for considering them.
Authors, Publishers, Kindle Accessory Manufacturers:
Interested in learning more about sponsorship? Just click on this link for more information.
Free Contemporary Titles in the Kindle Store
Click here for a complete listing of over 100 free promotional titles and links to millions of other free books for your Kindle.
Click here for a separate listing of free and bargain erotica titles for your Kindle.

Use the slider at right of your screen below to scroll through a complete, updated list of free contemporary Kindle titles, and click on an icon like this one (at right) to read a free sample right here in your browser! Titles are sorted in reverse chronological order so you can easily see new freebies!