Kindle Nation Daily Free Book Alert, Thursday, October 28: Happy Endings and abortive beginnings among our Free Book Listings, plus … If you are passionate about the paranormal, you’re going to love Inhuman (Today’s Sponsor), and over 100 other fully updated free Kindle ebook listings

We reap what we sow. During the past couple of weeks we’ve offered our readers substantial free excerpts from two Joe Konrath books that have moved with lightning speed up the ranks of Kindle bestsellers, so who are we to complain about the fact that a couple of the most recent additions to our Kindle Nation Free Book Alert listings have been excerpted previews from forthcoming novels by James Patterson and Oliver Pötzsch? They’re there if you want them, but we’ll let them share the spotlight today with a free book about a company I love, a company whose share price has more than tripled in the past 9 months, a company whose stock, if we’d all bought it back then, might mean that we’d never have to go looking for free Kindle books again. Happy endings indeed….
But first, a word from … Today’s Sponsor

(Ed. Note: Have you ever wondered if the authors of contemporary paranormal thrillers were just literary hacks? English majors who could be writing about pretty much anything, but they chose the paranormal because it seemed like a profitable niche? Well, if that’s what you were thinking, perhaps it is time you met Danielle Q. Lee, today’s Kindle Nation Daily Free Book Alert sponsor. She’s passionate about the paranormal, and she brings a powerful imagination to the creation of an entirely new fictional heroine. –S.W.)

If you are passionate about the paranormal,
you’re going to love
Inhuman 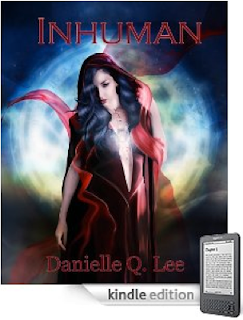 With tuition fees looming, University student Cassia Tiponi is forced to offer herself as a guinea pig to the science department. After much poking and prodding by future doctors, a blood test reveals something startling…

Cassia does not have human DNA.

While being hunted by a dark faction of the government, she must uncover the secrets surrounding her mysterious birth to discover who…and what…she is.

A paranormal investigator, she has an avid and instinctive curiosity for the strange and unknown. She and a group of ghost enthusiasts investigate homes and locations for suspected paranormal activities and try to obtain proof of the afterlife.
Endeavoring into the world of fiction, her first novel Dimensions of Genesis delves deep into the realm of the unknown.

Her articles have appeared in online sites such as UFO Digest, Paranormal News, The Anomalist, The Debris Field and many others. Recently her Ghost Hunting Etiquette 101 article has been accepted by Sci-Fi channel’s Ghost Hunters TAPS (The Atlantic Paranormal Society) Paramagazine.

Click here to download Inhuman or a free sample) to your Kindle, iPad, iPhone, iPod Touch, BlackBerry, Android-compatible, PC or Mac and start reading within 60 seconds!

Each day’s list is sponsored by one paid title. We encourage you to support our sponsors and thank you for considering them.
Authors, Publishers, Kindle Accessory Manufacturers:
Interested in learning more about sponsorship? Just click on this link for more information.
October’s Free Contemporary Titles in the Kindle Store
Click here for a complete listing of over 100 free promotional titles and links to millions of other free books for your Kindle.
Click here for a separate listing of free and bargain erotica titles for your Kindle. 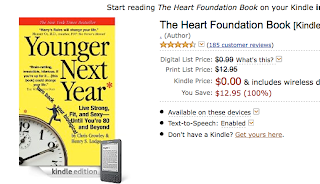 The Fearful Rise of Markets: Global Bubbles, Synchronized Meltdowns, and How To Prevent Them in the Future,
By: John Authers
Added: 10/25/2010 4:01:09am

The Ghost Shrink, The Accidental Gigolo & The Poltergeist Accountant: A Tickle My Fantasy story
By: Vivi Andrews
Added: 10/15/2010 4:01:12am