Kindle Nation Bargain Book Alert: Looking for a romantic read to escape from the hectic holiday season? Curl up with Tess Hardwick’s RIVERSONG – 4.4 Stars with 48 out of 53 rave reviews and just $2.99 on Kindle!

“The characters are so real; it was so easy to lose myself in the story completely”

“Hardwick’s ability to create community, her talent for drawing a clear picture of a down-and-almost-out small town, and her striking portrayal of complex and compelling Lee, make this novel a deep delight of joys and sorrows.”

“Wonderful debut! Coming from the Pacific Northwest this book interested me from the beginning. However, I could NOT put it down. Lee Tucker is a well developed character and very likable.  This is a wonderful first book, I think we will come to love Ms Hardwick!” 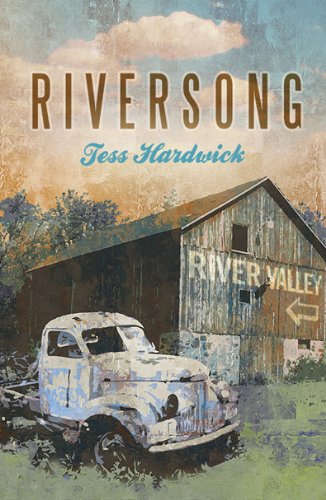 Riversong
by Tess Hardwick
4.4 stars – 53 Reviews
Kindle Price: $2.99
Text-to-Speech and Lending: Enabled
Don’t have a Kindle? Get yours here.

When Lee Tucker’s husband commits suicide, he leaves her pregnant and one million dollars in debt to a loan shark. Out of options, she escapes to her deceased mother’s dilapidated house located in a small Oregon town that, like her, is financially ruined, heartbroken and in desperate need of a fresh start.
Lee’s resilience leads to a plan for a destination restaurant named Riversong, to new chances for passion and love, and to danger from her dead husband’s debt as her business blooms.
Author Tess Hardwick assembles a colorful cast of endearing small-town characters and takes you on a journey that will make you believe in the possibilities of life – even in the face of overwhelming adversity and unimaginable grief. Lee Tucker is the kind of woman you find yourself rooting for long after the last page is read.
A surprising mix of romance, humor, friendship, intrigue and gourmet food – Riversong entertains while reminding you of life’s greatest gifts.

Tess Hardwick is a playwright and novelist. She started her artistic pursuits as an actress and director before writing her first play in 2000, which won the first place prize at Burien New Works in 2001.
Like her main character in Riversong, Tess Hardwick grew up in a small town in Oregon. She studied theatre at the University of Southern California and graduated in 1991 with a BFA in Drama. After college, she moved to Seattle where she met her husband when she was his HR Manager at a local technical company. She now lives in Snoqualmie, Washington with her husband, two small daughters and teenage step-son.

Riversong is her debut novel.  Contact her at: tesshardwick.author@gmail.com