Love By The Book 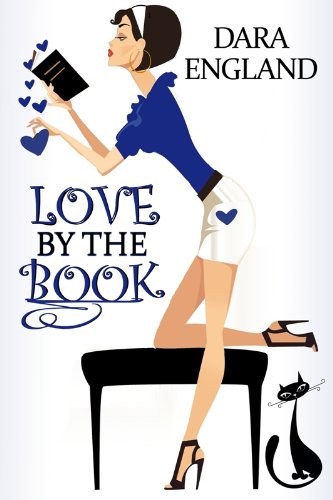 Love By The Book
by Dara England
4.7 stars – 3 Reviews
Kindle Price: 99 cents
Text-to-Speech and Lending: Enabled
Don’t have a Kindle? Get yours here.
Here’s the set-up:

Meet Megan, a nail technician by day and Avon salesgirl by night. After losing her job at Lucy Lu’s Salon, she escapes her real world troubles by burying herself in a romantic novel. But soon the fictional hero seems more genuine than the world around her and Megan is questioning the line between fact and fairytale. A nosy roommate and an angry cat also join forces to wreak a little havoc in Megan’s love life. Can she sort out fact from fantasy before her true hero slips away forever?

Formerly published by Lyrical Press in 2009 under the title Brought to Life.

Praise for Brought to Life:

“… endearing in its ability to pull you in and convey that light, whimsical tone that Ms. England executes so well.” – Dark Diva Reviews

“… a charming story with a fairy tale feel that you can’t help but finish reading with a smile and a wistful sigh on your lips.” – Long & Short Reviews

Tough, cynical, and clever, Nathan Heller has been called “the perfect private eye”, the best investigator that Chicago (where ‘lightning’ means gunfire) has to offer. In this engaging collection of thirteen stories, Heller encounters gangsters and petty crooks, noble doctors and quacks, loving wives and wanton women. All of the stories are based on real cases of the 1930s and ’40s, meticulously researched by award-winning writer and Road to Perditioncreator Max Allan Collins.

Dara England, love by the book

Kindle Nation Daily Digest – Brief Tips, Freebies and Bargain Updates – Nov. 22, 2011
Kindle Nation Daily Bargain Book Alert: Diana Estill’s WHEN HORSES HAD WINGS is our eBook of the Day at just $2.99 with 4.7 Stars on 7 Reviews, and Here’s a Free Sample!