Kindle Nation Daily readers have seen it happen — and made it happen — before, with a handful of indie authors of distinction who have 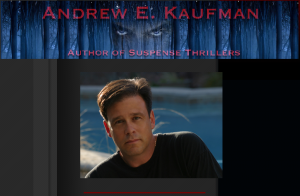 soared out of nowhere to the top of the Kindle bestseller lists. Now, from Andrew E. Kaufman, author of the #1 bestseller While the Savage Sleeps, comes a psychological thriller you truly will not be able to put down: THE LION, THE LAMB, THE HUNTED – 10 Straight 5-Star Reviews, Just $2.99!

Just released last week, THE LION, THE LAMB, THE HUNTED jumped into the top 40 in the Psychological Thrillers category with yesterday’s Free Kindle Nation Shorts excerpt — a pretty clear sign that once you start reading this book, you will not want to stop. And we think its bestseller ride has just begun. 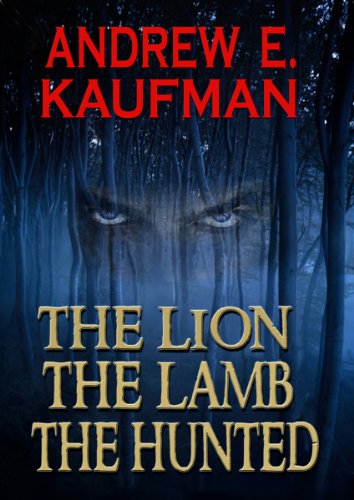 The Lion, the Lamb, the Hunted

by Andrew E. Kaufman
5.0 stars – 10 Reviews
Kindle Price: $2.99
Text-to-Speech and Lending: Enabled
Don’t have a Kindle? Get yours here.
Here’s the set-up:
SHE ONLY STEPPED OUTSIDE FOR A MINUTE…But a minute was all it took to turn Jean Kingsley’s world upside down–a minute she’d regret for the rest of her life.STEPPING INTO HER WORST NIGHTMARE…   Because when she returned, she found an open bedroom window and her three-year-old son, Nathan, gone. The boy would never be seen again.

A NIGHTMARE THAT ONLY BECAME WORSE. 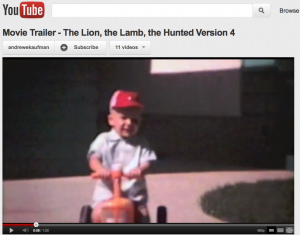 WARNING: If you watch this book trailer, you're going to want to read the book.

A tip leads detectives to the killer, a repeat sex offender, and inside his apartment, a gruesome discovery. A slam-dunk trial sends him off to death row, then several years later, to the electric chair.

CASE CLOSED. JUSTICE SERVED…OR WAS IT?

Now, more than thirty years later, Patrick Bannister unwittingly stumbles across evidence among his dead mother’s belongings. It paints his mother as the killer and her brother, a wealthy and powerful senator, as the one pulling the strings.

WHAT REALLY HAPPENED TO NATHAN KINGSLEY?

There’s a hole in the case a mile wide, and Patrick is determined to close it. But what he doesn’t know is that the closer he moves toward the truth, the more he’s putting his life on the line, that he’s become the hunted. Someone’s hiding a dark secret and will stop at nothing to keep it that way.

The clock is ticking, the walls are closing, and the stakes are getting higher as he races to find a killer–one who’s hot on his trail. One who’s out for his blood.

Andrew E. Kaufman, THE LION THE LAMB THE HUNTED

2 Responses to New Release Bestseller! Kindle Nation Daily Bargain Book Alert! From Andrew E. Kaufman, author of the #1 bestseller While the Savage Sleeps, comes a psychological thriller you truly will not be able to put down: THE LION, THE LAMB, THE HUNTED – 10 Straight 5-Star Reviews, Just $2.99!