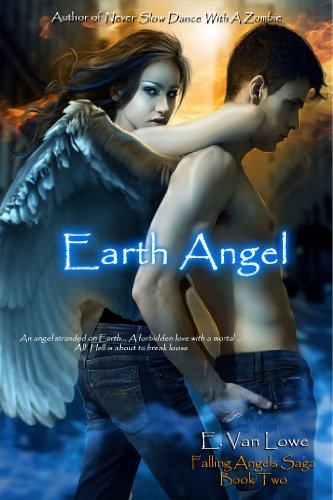 by E. Van Lowe
4.3 stars – 10 Reviews
Kindle Price: 99 cents
Text-to-Speech and Lending: Enabled
Don’t have a Kindle? Get yours here.

Just because Megan Barnett recently defeated Satan, has a fantastic new best friend, and has won the love of deliciously handsome Guy Matson doesn’t mean her troubles are over. Far from it. For Megan doesn’t realize it, but in her possession is a powerful weapon, one sought after by both angels and demons and everything in between…

Then when the mysterious and beautiful Roxanne shows up at Guy Matson’s side, Megan finds herself questioning the sincerity of his love.

In the dramatic sequel to “Boyfriend From Hell,” Megan becomes a pawn in the power struggle between Angels and Nephilim, and winds up in a gripping life-or-death battle to save herself, the angel she loves, and all of mankind from unspeakable evil.