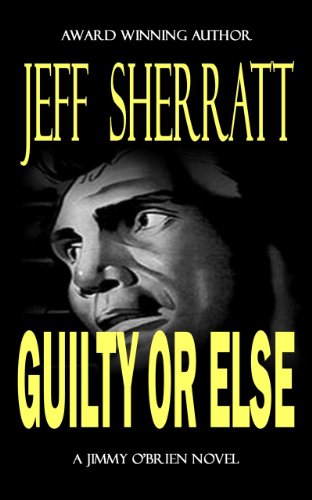 4.4 stars – 10 Reviews
Kindle Price: 99 cents
Text-to-Speech and Lending: Enabled
Don’t have a Kindle? Get yours here.
Here’s the set-up:
When Ernesto Rodriguez, a blue collar gardener is arrested for the savage murder of a senator’s beautiful secretary, ex-cop turned lawyer Jimmy O’Brien is brought in. But Jimmy isn’t asked to defend the man. The judge wants Rodriguez put away fast. No trial, cut a deal with the D.A. Guilty: twenty-five to life. Launching his own investigation, Jimmy must navigate a labyrinthine course of corruption and conspiracy with danger lurking at every turn. From the suburbs of Los Angeles to Sacramento to Las Vegas, the trail runs boiling hot with greed and violence. With help from his PI friend Sol Silverman, Jimmy tries to find the answers to questions that may save his life and free an innocent man. Was the senator having an affair with his secretary and did he kill her to keep it quiet? Why is the local mob having Jimmy followed? And why has the judge told Jimmy to plead Rodriguez GUILTY OR ELSE?
Reviews
Guilty or Else, effectively mixes hardboiled action with humor in a fun read for fans of Southern California crime fiction.  Cop-turned-lawyer Jimmy O’Brien wisecracks his way through political intrigue and gang warfare. Jimmy is dedicated to protecting the innocent by whatever means necessary.
–Steven Thomas, OC Metro Magazine

Jeff Sherratt hits another homerun with GUILTY OR ELSE. I really like his main character, Jimmy O’Brien. He’s not your stereotypical thriller hero. He makes mistakes which makes him human and more compelling. Jimmy O knows there’s something seriously fishy with pinning the murder on a gardener (with no concrete motive) he just has to prove the man’s innocence.

But things soon spiral out of control when bigger players enter the picture, players who don’t take prisoners. Politics. The mob. A prosecutor with secrets to protect. It’s all woven together with color and style into a compelling mystery with a great ending.

If you like Ray Chandler, you’re going to love Jeff Sherratt as well!

Jeff Sherratt is the author of the acclaimed Jimmy O’Brien mystery series. His novel, DETOUR TO MURDER, published by INNOVA Press, is the latest in the Jimmy O’Brien mystery series. Other novels in the series include GUILTY OR ELSE and THE BRIMSTONE MURDERS. Jeff has written nonfiction articles for corporate newsletters and his short stories have been published in H2O Magazine and the anthology, The Heat of the Moment. He is a past board member of Sisters in Crime/LA, and a member of Mystery Writers of America. Jeff has been a guest speaker at many book events, including the California Crime Writers Conference and the prestigious Southern California Writers Conference. He is currently working on his fourth Jimmy O’Brien novel, CYANIDE PERFUME. Jeff lives in Newport Beach, CA with his wife, Judy.
(This is a sponsored post.)

Guilty or Else, jeff sherratt