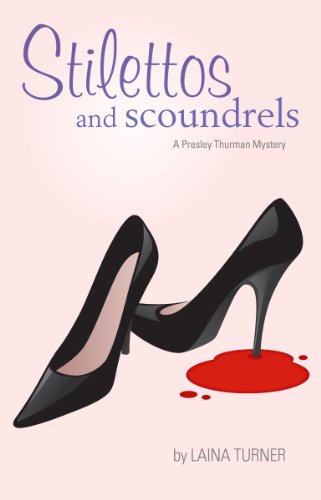 Gently touching the handle of the front door was all it took to make it swing wide open. It was late, after midnight, and everyone in the house except Tom was asleep. As usual, Tom was in his study working late. Walking carefully and quietly through the foyer, the adrenaline began to kick in. The intruder confidently walked into Tom’s study. Tom was concentrating so hard on the papers in front of him that he was unaware of anything else. Raising his hand, the intruder hit a stack of books sitting on a side table, sending them crashing to the floor. Tom spun around with a look of shock on his face as he recognized the person swinging a sharp object toward him. Tom raised his hands to protect himself but he wasn’t quick enough. The spikey end of the stiletto heel punctured his neck instantly, sending a spray of blood over the papers on his desk. He tried to cry out, but all that sounded was a gurgling noise as his lungs filled with blood.

The intruder set the shoe down next to Tom and backed out of the room softly, closing the door to the study and hoped no one would come looking for Tom until morning.

How Kindle Owners and Readers Can Make Their Voices Heard in the DOJ “Agency Model” Antitrust Lawsuit Against eBook Price-Fixing by Apple and the Big Publishers
Kindle Nation Daily Bargain Book Alert: Cheryl Kaye Tardif’s HOW I MADE OVER $42,000 IN 1 MONTH SELLING MY KINDLE EBOOKS, is Our eBook of the Day at just $2.99 or Currently Free Via the Kindle Lending Library, with 4.5 Stars on 8 Reviews, and Here’s a Free Sample!