17 Features Amazon Must Add to the Next Kindle Fire, After Google Raises the Bar with the Nexus 7 Tablet

Related Post: Price and Feature Wars Ahead for Kindle eBooks and Tablets as Google Hits a Home Run with the New $199 Google Nexus 7 Tablet

If you happened to read my post earlier this week on Google’s new Nexus 7 tablet, you know that it’s probably the biggest rave review I have ever given to a Kindle competitor. Not to go all Oldies on you, but when it comes to the basic value proposition of hardware design and initial cost, the new kid on the block is now the leader of the pack. We like it. We like it a lot. You get the picture?

If tablet development were frozen at this point (unlikely) and every consumer shopping for a tablet had the opportunity to test drive a $499 iPad, a $199 Kindle Fire, and a $199 Nexus 7 before making a purchase (very unlikely), the Nexus 7 would quickly take a dominant position in sales. It’s certainly off to a good start — currently sold out on Google Play, just as the original Kindle was sold out for over half of its first 15 months of existence.

So why not just change the name over the door to Nexus Nation Daily? (I mean, aside from the fact that it sounds bad?)

Because the real winner in this new stage of the tablet wars will be us, as readers, viewers, listeners, players, and consumers. We may let Google, Apple and others fill up our dance card, but it says here that our best move will be to save the last dance for a brand new Kindle Fire sometime between now and November. Amazon is a big winner every time someone buys any tablet or smartphone that can run its free Kindle apps, but the company is continuing to make huge investments in building its video, music, and apps catalogs, and for those sectors it needs to hold onto its position as the leader in non-Apple tablet sales.
We won’t get swept up in every rumor about price, drop date, and features between now and November, but based on the early success of the Nexus 7, we’ll focus here on the improvements that Amazon must bring to a new Kindle Fire 2.0 to maintain its current strong position among Android* tablets.

For the most part, the list above is composed of items where the Nexus 7 has raised the bar and the next Kindle Fire must match or better the new standard. But here are several additional items where Amazon could regain the advantage by raising the bar on its own initiative. 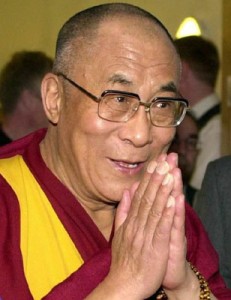 How great would all these enhancements be? Well, I think they could be pretty great, but it’s always important to remember that, just as it is not all about the hardware, it’s also not all about the sheer quantity of features so much as how they fit together and how intuitive, user-friendly and elegantly simple a gadget is.

After all, it’s a device that should be meant to improve quality of life.

It’s not a pizza.

Which reminds me of something I heard the other day….

The Dalai Lama walks into a pizza shop … and says …

“Can you make me one with everything?”