Will Amazon ever extend the “digital bundling” principles behind its new AutoRip program for music purchases to books?

I raised that possibility the other day in introducing Amazon’s press release on AutoRip, and it has been interesting to see how many people have jumped on the topic with words to the basic effect that “that will never happen.” 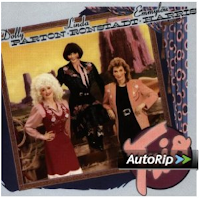 Okay, let’s back up and define our terms. What’s so cool about AutoRip, of course, is that

Kindle Nation is here first and foremost for readers, so we’ve been advocating something like this for books for several years now. And pardon me for getting up in the publishing pundits’ faces with a news flash, but guess what: it has already happened, in a way that could very well lead provide Amazon with the business evidence it might need to persuade some critical mass of publishers to participate in such a program.

When I say “it has already happened,” I am referring to the “Immersion Reading” program that Amazon and its subsidiary Audible.com rolled out, with the launch of its Kindle Fire HD models in September, to encourage customers to buy both the Kindle versions and the Audible.com versions of their favorite books. In that case, Amazon has encouraged the double purchases by offering deep discounts on one of the formats when both are actually purchased by the same customer. For readers like me who make extensive use of both the Kindle reading and Audible.com formats, the chance to have both without paying full price is very appealing. (Sometimes, I might add, it’s too appealing, because even here at Kindle Nation we have to stick to a budget!)

For those who think that Amazon and the big publishers are always adversaries, let me call attention to publishing industry consultant (and frequent Amazon critic) Mike Shatzkin’s September 10 “Hats Off to Amazon” post:

Leveraging their ownership of Audible, the dominant player in downloadable audiobooks, Amazon has introduced a Whispersync feature that enables seamless switching between reading an ebook and listening to the audiobook version. One of my sisters-in-law, who is both a teacher of reading-challenged kids and an adjunct professor teaching others who do the same, had asked me a few months ago why nobody had done this. I asked around and was told “it is complicated.” Publishers can’t do it because they don’t control the delivery ecosystems. Other ebook retailers can’t do it because they don’t deliver audio. Only Amazon could do it. Now they have.

Does everybody notice that this creates a real reason to buy both an audiobook and an ebook of the same title? Seems like that is something all authors and publishers can celebrate.

So let me be clear that I am not suggesting that we are all going to wake up one morning soon to find hundreds of new books added to our Kindle libraries at no charge based on all the print books we’ve purchased from Amazon since 1998 or whenever.

But for just about any author or publisher who might consider participating in an AutoRip-style bundle allowing Amazon to send out Kindle copies of books for which they have previously sold hard copies, there is bound to be a price at which the proposition would be appealing. As the price that a customer would be required to pay for a Kindle version after paying “full price” in the past or present for a hard-copy version, something as low as $1.99 to $4.99 would probably work for the vast majority of players (assuming, ahem, no collusion.)

Why so low? There are plenty of reasons, but here are a couple:

Even if the big publishers are as slow to see the wisdom of this bundling model as they have been over the past five years to adapt in business-positive (rather than defensive) ways to the ebook revolution, it’s worth noting here that, as is so often the case, Amazon has a secret weapon on this terrain. In the case of the Kindle/Audible bundles, Amazon’s secret weapon is that it owns the dominant retail platform in each category. In the case of Kindle/print bundles, a good starting point for Amazon may well be its ownership both of KDP Select — which includes over a quarter million Kindle-exclusive titles — of Amazon Publishing’s own growing number of imprints, and of CreateSpace, which is certainly one of the dominant players in print-on-demand both for “self-published” authors and for traditionally published authors who have wrestled back their ebook and print rights for books published in print over the past few decades. And even if the big publishers are not interested in getting in on the ground floor of book bundling, I’d be surprised if some of the smarter new compact-size publishing companies like Open Road and Turner Publishing didn’t find it appealing.

We’ll be watching. But one thing that seems utterly impossible? That the thought that occurred to us, about extending the AutoRip concept to book bundling, hadn’t already occurred to Jeff Bezos.

2 Responses to Don’t Bet Against Amazon Initiating an AutoRip-Style Program to Bundle Digital Books; In Fact, It Has Already Happened on One Level