Noble Cause: A Romantic Civil War Novel of Virginia 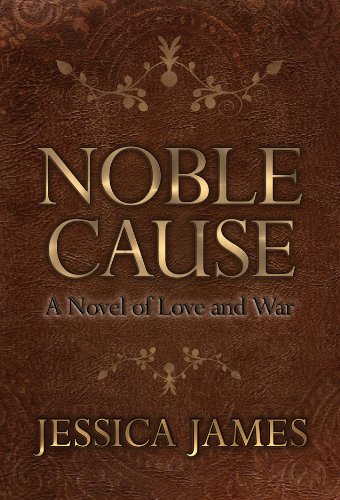 The award-winning Civil War novel Shades of Gray has a new happily-ever-after ending in this book called Noble Cause.

Author’s Note: This novel is a new version of Shades of Gray with a Happily-Ever-After ending.

Noble Cause is the recipient of the coveted John Esten Cooke Award for Southern Fiction and captured the title for Regional Fiction in the 2011 Next Generation Indie Award contest. It was also a Bronze winner in Foreword Magazine’s BOOK OF THE YEAR AWARD contest in the Romance category, and was a Finalist in the USA “Best Books 2011 Awards for Historical Fiction.

Often compared to Gone with the Wind, Midwest Book Review called Noble Cause “a riveting piece of historical fiction.”

This is the tale of Colonel Alexander Hunter, a dauntless and daring Confederate cavalry officer, who, with his band of intrepid outcasts, becomes a legend in the rolling hills of northern Virginia. Inspired by love of country and guided by a sense of duty and honor, Hunter must make a desperate choice when he discovers the woman he promised his dying brother he would protect is the Union spy he vowed to his men he would destroy.

Readers will discover the fine line between friends and enemies when the paths of these two tenacious foes cross by the fates of war and their destinies become entwined forever.

Author Jessica James uniquely blends elements of romantic and historical fiction in this deeply personal and poignant tale that, according to one reviewer, “transcends the pages to settle in the very marrow of the reader’s bones.” Winner of numerous national awards, James has received critical acclaim for this page-turning story of courage, honor, and enduring love.

Destined for an honored place among the classics of the American Civil War, Noble Cause is a book to read, and keep, and remember forever.

Reviews
“It is a book that I think could have the impact of a ‘Gone With the Wind.’’  – Jonathan A. Noyalas, Assistant Professor of History and Director for Civil War Studies, Lord Fairfax Community College
“Epic. It is breathtaking. Truly. As I was reading it I could only compare it to Gone With The Wind.” – Leanne Davis, Amazon
“Noble Cause is a riveting piece of historical fiction, very much highly recommended reading.” – Midwest Book Review, June 2011