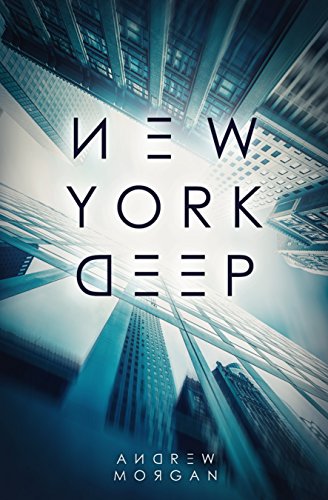 Deep below Manhattan, tunnel engineer Josh Reed leads his team as they excavate the East Side Access extending New York’s railway service. But sparks fly as the drill hits an unusual crystalline material—one Josh has never seen before. They push on and Josh discovers something even more unexpected . . . a vast room, empty and lifeless.

Or so it seems.

When Josh finds out that the CIA are now looking for him, and that his co-workers have gone missing, he turns to his best friend and boss Lionel Parker for help. Together they unravel the mystery of the room, what’s inside it, and why the CIA are so desperate to keep them silent.

It’s nothing they could ever have expected.

New York Deep was written by the author of the hit novel Vessel. Also available from the author:

“I obtained a free advanced reader copy, but the plot was so good, I bought it anyway because this is DEFINITELY a book I’m going to read again! It’s quite haunting in a way that makes me actually think 😉

The main character, Josh, seems like an intelligent but unchallenged man, coasting through life and not quite taking responsibility for things. And then the story begins, thrusting him into an untimely situation he probably can’t escape without beginning to utilize his intellect at a much higher level, a bit of ingenuity and more responsibility.

The beginning of the book reminded me a LOT of Asimov with the style of dialogue in some of Asimov’s lighter fiction, tho as the subject got heavier, so too, did the dialogue here. There is some cussing, but no f-bombs.

The science was obviously well researched. (Similar descriptions of a {cough cough} exist but are easier to visualize as described in New York Deep and are similarly described in The Naked God by Peter F Hamilton which provided a mind bending description of something similar. That one might have been helped by the term ice cream cone, but wouldn’t have fit that universe. No ice cream cones required in New York Deep! 😉 )

Trying SO HARD to not give plot spoilers! Other comparisons are quicker to come to mind, but would reveal far too much >.< oh the frustration!!!

Enjoy Andrew J. Morgan’s Books? Tell us Why and Win a Free Book!