This book can be read on any device, including Kindle E-readers. Kindle in Motion books include art, animation, or video features that can be viewed on certain Fire tablets and the free Kindle app for iOS and Android. You can switch features on or off at any time. Learn more

Royal Design [Kindle in Motion]: A Royals of Monterra Novella 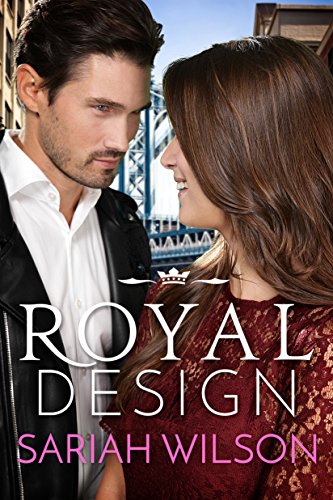 Bellamy Sullivan’s life is hardly regal. She’s a waitress from Ohio who’s been on her own since she was sixteen, working several jobs while her dreams of being a fashion designer stay just that. But everything changes when PR maven and soon-to-be-royal Lemon Beauchamp drops in to announce that Bellamy is a princess. Unfortunately, Bellamy’s newly assigned bodyguard is the last man she wants to see.

A year ago, the royal family of Monterra tasked Enzo Rannalli with confirming Bellamy’s heritage, which meant he had to get very close to her. Enzo got the confirmation he needed, but he didn’t expect their connection to be so meaningful. And he didn’t expect his sudden departure to break the young princess’s heart.

In exchange for a once-in-a-lifetime chance to kick-start her fashion career, Bellamy agrees to star on a royal reality show that will match her with the world’s most eligible bachelors. But after a series of disastrous dates make her even more grateful for Enzo’s company, she wonders if her fairy-tale ending is waiting to happen off camera.

“I’ve liked the royals of Monterra series and I got a notification about this book – and I’ve never seen anything like this! It has moving pictures in it, like something out of Harry Potter! I have to admit, I was mesmerized by the scenes of Enzo.“ 5 star Amazon review

Enjoy Sariah Wilson’s Books? Tell us Why and Win a Free Book!
Authors and Publishers: How to Sponsor Kindle Nation Daily

A woman fleeing her unfaithful fiancé. A cuddly ghost seeking the manner of his death. A magical matchmaker determined to bring the two together, even across time. All in Pam McCutcheon’s sweet but sexy The Mesmerist: Hope Chest Time Travel Romance Series, Book 1 (Hope Chest Series)! Did we mention it’s FREE!
A Brand New Sweet Romance Series by Multi-Award Winning, #1 International Bestselling Author Tamara Ferguson. A KISS UPON A STAR (Daydreams & Dragonflies Sweet Romance 1) Maybe their worlds aren’t so different after all. Can Tim find a way to break through Emily’s hardened heart?