– Learn More
Text-to-Speech: Enabled
Don’t have a Kindle? Get yours here.
Here’s the set-up:
“Rosemary A Johns has taken a bit of everything I love to read, smashed it all together, and delivered a novel I couldn’t put down.” – Carrie Whitethorne, USA Today Bestselling Author

Vampires and angels are locked in a deadly war. But first, they want their daughter back.

Half vampire/half angel, Violet, was abandoned amongst the humans in London as a baby. Suddenly discovering monstrous powers on her twenty-first birthday, she thinks she’s the most dangerous creature to prowl the streets.

When a snarky angel falls into her lap and her adopted sister disappears, Violet is forced into a new role: Huntress. But the deeper she’s dragged into this supernatural world, the more she struggles to survive.

On the run, Violet’ll have to rely on a sexy vampire geek, while facing off the harem boy angel threatening her sister. And there’s only one way she’ll win: by letting out the monster…

Fans of Buffy and Lucifer are sure to devour Vampire Huntress, the first book in the addictive series REBEL ANGELS by award-winning author Rosemary A Johns. Buy your copy now to begin the thrilling adventure today! 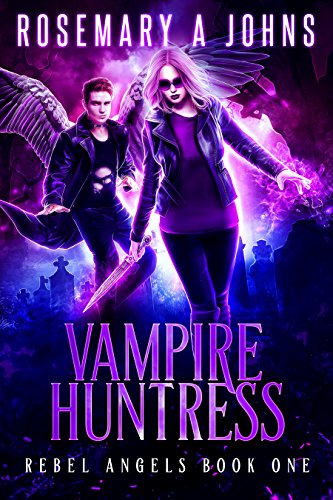 When a spry senior falls into a mysterious coma Essie Cobb and her friends are on the case! Hold on to your walkers in the funny and entertaining Bingoed (Essie Cobb Senior Sleuth Mysteries Book 1) by Patricia Rockwell!
He’s every woman’s fantasy. Now I’m carrying his baby and he’s carrying a secret… Accidentally Royal: An Accidental Marriage Romance by R.S. Lively