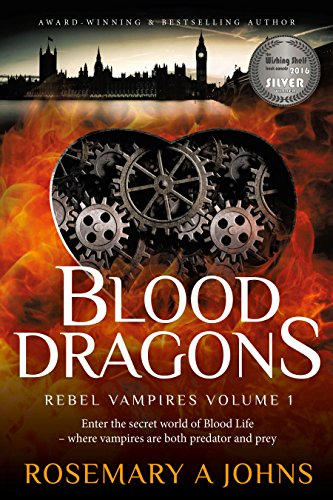 A rebel vampire, a red-haired devil, and a sassy heroine battle to save the world—or tear it apart.

Light, a bad boy vampire of the Blood Lifer world, has been hiding in the shadows of paranormal London since Victorian times. His only company? A savage Elizabethan Blood lifer. And he’s keeping a secret from her that breaks every rule.

London, 1960s. When a seductive human singer tempts Light with a forbidden romance, their worlds collide. At the same time, Light discovers his ruthless family’s horrifying experiments. Now he’s torn between slaying the humans he was raised to fear, or saving them.

But an effort to play the hero could spell the end…for both species.

See what readers are calling Interview with the Vampire meets True Blood! Scroll up and click BUY NOW to jump into this spellbinding adventure TODAY!

“It stands next to Anne Rice. One of the finest vampire novels I have ever read. The pages flew by.” – Bona Fide Book Reviews, 5 Stars

“One hell of a journey into love, death, humanity, and monsters.” – Underground Book Reviews, 5 Stars

In this 9-in-1 set, trouble comes in all shapes and sizes, but it’s sizzling hot and thrilling… Unforgettable Trouble by 9 New York Times and USA Today Bestselling Authors
Weekend freebies! Four new free Kindle books for our readers!