Under His Control: An Enemies to Lovers Romance 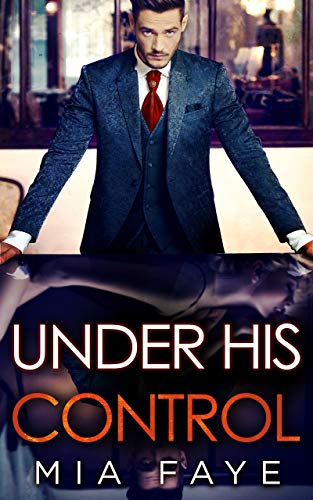 – Learn More
Text-to-Speech: Enabled
See more titles by Mia Faye
Here’s the set-up:
He is used to getting everything he wants. And now he wants her.

Cell phone lost, a karaoke embarrassment posted on YouTube, and puking on one gorgeous guy’s shoes.
That was quite the party evening of the otherwise rather shy Adele, who just moved to San Francisco from a small town.
Thankfully, the guy was kind enough to take her home anyway.

But when she starts her new job on Monday, Adele is shocked. The man from the party is her new boss, Logan Steel!
His name says it all: The billionaire who runs his company with a firm hand and can be freezing cold when he needs to be. Which seems to be most of the time. Nothing is more important to him than always being in control and each of his steps is carefully planned.

Adele knows she should quit her job immediately – but that’s easier said than done because she’s completely broke and needs to pay her bills. And apart from that, Logan has an incredibly magnetic effect on her. His dominant nature and mysterious aura spark a hot desire, which the virgin Adele herself did not know even existed.

When Logan suddenly starts asking her to work overtime in his office, it all comes down to the inevitable…
But one question remains: Can Adele really trust Logan – or is she just a puzzle piece in his outrageous plan?

Stand-alone Romance, no cliffhanger, HEA guaranteed! Contains a preview of “In His Office.”

Mia Faye, Under His Control: An Enemies to Lovers Romance

Fans of Diane Chamberlain and Liane Moriarty are in for a treat with this page turner full of twists and family secrets…. My Mother’s Silence by Lauren Westwood
An excellent fantasy read with 100% rave reviews! Discover this epic snark fantasy today: The Fallen (The Greatest Sin Book 1) by Lee French and Erik Kort