#1 New Release in Family Activities! Gardening for Kids: An Easy Step-by-Step Parents Guide to Growing Fruits, Vegetables, and Flowers with Your Children by Isabella Woods

Gardening for Kids: An Easy Step-by-Step Parents Guide to Growing Fruits, Vegetables, and Flowers with Your Children 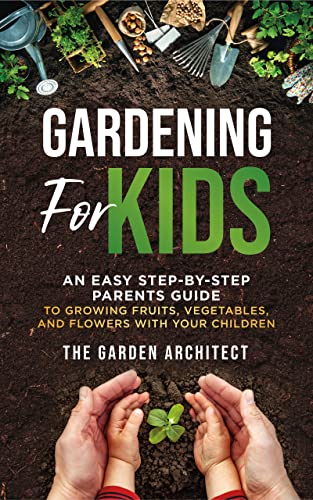 Do you want to feel proud of being in a beautiful garden created by your children and you? Then keep reading…

You want your kids to start gardening, but you don’t know anything about gardening…

You might also have some excuses to get over. Before you get to the point of deciding to take action and wanting to have that beautiful garden made by you and your kids.

Excuses like:
I don’t know anything about gardening.
I can’t do this.
I don’t have enough time to start gardening.
Etc.

Just realize it doesn’t matter how many excuses you make, because those excuses aren’t going to help you change anything.

In Gardening For Kids, you’ll discover how easy it is to take away all those excuses and turn your garden into a place you and your family can enjoy. You’ll finally get to know how to take the RIGHT action instead of being left clueless and miserable like I once was.

“Why is it called Gardening for Kids if I’m the one that’s being spoken to?” Well, Kids usually need a little push when starting something new, like gardening. And that’s why after years of helping hundreds of families create their perfect garden and making gardening my full-time Job. I’ve created a parent’s guide so you can also start gardening with your children.

ZIN MIGNON and the SECRET of the PICKLED PIGS’ FEET 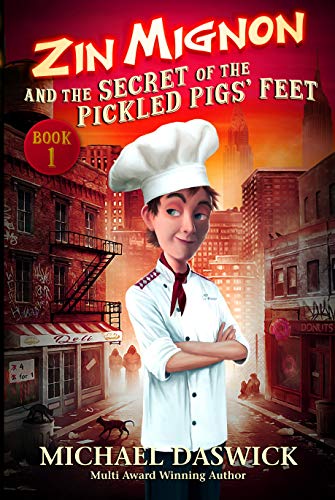 Find out why ZIN was seen on CNN, NBC, ABC, CBS! Clutching a cryptic note from his dying dad, the brilliant 11 yr-old chef Zin Mignon is kidnapped by the mysterious Mustard Monks! The saga of a culinary mastermind and his insatiable mom. Join Zin as he strives to learn his shocking family legacy. Twisting fun for all, including kids who cook. Zin lives at the crossroad of Humor and Inspiration.

11 year-old genius Chef Zin Mignon is in a horrific pickle. He’s been kidnapped from Le Cordon Bleu cooking school in Paris and spirited away to the Monks’ ultra-remote mountaintop abbey. There, he’ll endure a cooking apprenticeship like no other. Does Zin join their secret Order and achieve the culinary success he’s always dreamed of?
The tale of Zin Mignon begins at the bottom of a jar of pickled pigs’ feet in his father’s pathetic Brooklyn deli. A secret note sets him on a world-spinning quest, an adventure that takes him through the alleys of the homeless to the tables of billionaires, to discover who he really is and the greatness for which he’s destined. As he sets the culinary world on fire, a mix of treacherous rivals feasts on the chance to make his dreams go up in smoke.
In the wildly appetizing first book of the Zin Mignon series, Zin has become the greatest chef on the planet, shocking the cooking world. But he’s distracted and must honor the solemn promise he made to his dad, and to learn the incredible secret of his family legacy. It’s a true original. With humor, amazing exploits and heartfelt compassion, Zin uses food and his kitchen to build a recipe that will lead him to his true identity. Can he cut the mustard?

Could Artemis Fowl meet MasterChef? Author MICHAEL DASWICK is the winner of both of Columbia’s prestigious literary awards for fiction. He’s the author of the gripping epic novel CHIP ROCK and the FAT OLD FART, and HALLBOYS, a collection of inspiring connected short stories. Always mixing humor and drama, friends and treacherous rivals, with ZIN MIGNON, Michael has cooked up a stirring series of Kitchen Fiction