Fairy-tale characters take over New York City in the forth installment of the beloved, New York Times–bestselling children’s series: Once Upon a Crime by Michael Buckley

Once Upon a Crime (The Sisters Grimm #4): 10th Anniversary Edition 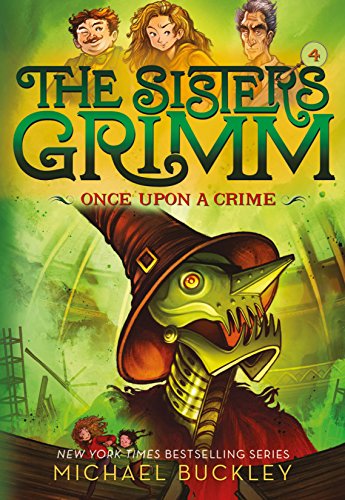 Fairy-tale characters take over New York City in the forth installment of the beloved, New York Times–bestselling children’s series

Sabrina and Daphne Grimm return to their hometown, New York City, to search for Puck’s family. But the Big Apple is not the happy, normal place of their childhood. Now the fairytale detectives must contend with wand-wielding fairy godfathers, swashbuckling Wall Street pirates, subway-stealing dwarfs, and—worst of all among these urban Everafters—a murderer.

Even Sabrina’s memories of her parents aren’t safe. As the sisters Grimm investigate the death of an innocent Everafter, they learn that their mother kept a secret from them that might lead to the heart of that evil organization, the Scarlet Hand.

Reissued with new cover art, these anniversary editions of the beloved Sisters Grimm series are the perfect opportunity for old fans to revisit the Grimm family’s adventures and for new readers to discover the magic of the series. 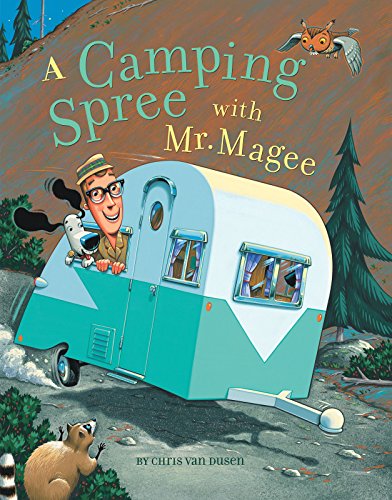 4.9 stars – 1,997 reviews
Kindle Price: 99 cents
Everyday price:
Supports Us with Commissions Earned
Text-to-Speech and Lending: Enabled
Enjoy Chris Van Dusen Books? Tell us why and WIN a chance for a FREE ebook!
Here’s the set-up:
Mr. Magee and his trusty dog, Dee, are enjoying a peaceful camping trip when all of a sudden they find themselves plunging down a mountain and teetering on the edge of a huge waterfall! How will they find their way out of this slippery situation? Chris Van Dusen, the creator of Down to the Sea with Mr. Magee, has filled this new adventure with charming illustrations and a playful, rhyming text. A fun read-aloud for children (and adults!) on campouts or snuggling at home!