A brilliant, twisty YA thriller: Genuine Fraud by E. Lockhart 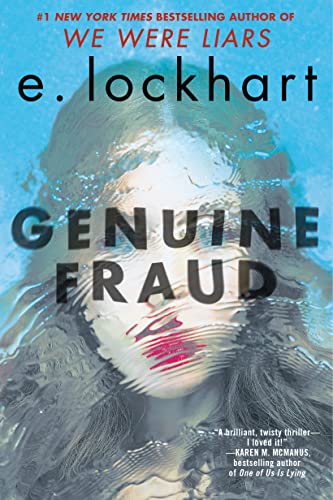 “A brilliant, twisty thriller–I loved it!” —KAREN M. MCMANUS, bestselling author of One of Us is Lying

From the author of We Were Liars, which John Green called “utterly unforgettable,” comes a mind-bending, New York Times bestselling thriller told in reverse.

Imogen lives at the Playa Grande Resort in Cabo San Lucas, Mexico. She spends her days working out in the hotel gym and telling other guests how she was forced out of Stanford.

But Imogen isn’t really Imogen. She’s Jule. And she’s on the run from something. Or someone. Which means . . . where is the real Imogen?

Rewind: Jule and Imogen are the closest of friends. Obsessed with each other, even. Imogen is an orphan, an heiress; she and Jule spend a summer together in a house on Martha’s Vineyard, sharing secrets they’d never reveal to another soul.

But that was months ago. Where is Immie now? And why is Jule using her name? 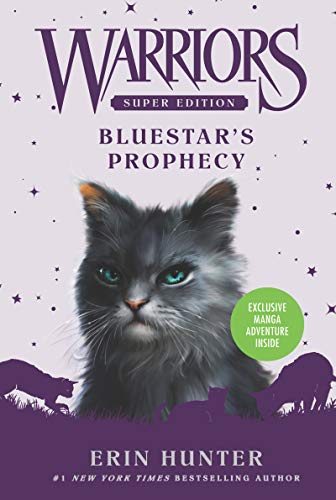 Warriors Super Edition: Bluestar’s Prophecy is an epic stand-alone adventure in Erin Hunter’s #1 nationally bestselling Warriors series! In this Super Edition, discover the secrets behind legendary ThunderClan leader Bluestar’s rise to power, before the events of Warriors #1: Into the Wild.

Bluestar has been prophesied to guide ThunderClan through a time of great turmoil. But dangerous secrets from her past haunt her every paw step—shadowy whispers that may destroy her . . . and her Clan.

Join the legion of fans who have discovered the epic adventures, fierce warrior cats, and thrilling fantasy world of the mega-bestselling Warriors series. This stand-alone entry is perfect for new readers and dedicated fans alike.