by Anne-Rae Vasquez
Thousands of Kindle Nation citizens are using our magical search tools to find great reading in the Free, Quality 99-Centers, and Kindle Lending Library categories. Just use these links to search for great Horror titles that meet your needs:

And while you’re looking for your next great read, please don’t overlook our first Literary Fiction Book of the Month! 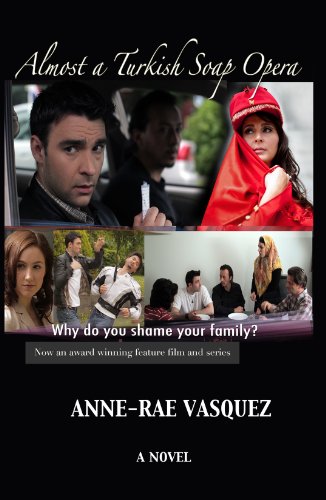 4.7 stars – 6 Reviews
Kindle Price: $3.99
Or currently FREE for Amazon Prime Members Via the Kindle Lending Library
Text-to-Speech and Lending: Enabled
Don’t have a Kindle? Get yours here.
Here’s the set-up:

Adel and Kamil, two young good looking Turkish men try to immigrate to North America. Adel’s ruthless grand uncle arranges him to marry Yonka (his spoiled obnoxious cousin) in exchange for his immigration status in Canada. The problem is Yonka and Adel hate each other. The drama heats up even more when Adel has an affair with Nora, his beautiful English teacher which ruins Yonka’s plans. And to add to this, his best friend Kamil has a big secret of his own. How did his life turn into a Turkish soap opera?

An unusual phenomenon in the East is taking Arab and Eastern European homes by storm. Women, men, teens, even children are rearranging their lives to catch the latest Turkish soap operas on their televisions. Turkish soaps dubbed in many different languages have everyone in the East talking about their favorite soap. Even men who deny watching, when asked, are able to repeat word for word from the most popular shows.

The novel paints a vivid portrayal of the lives and struggles of young modern Muslim adults trying to make a life in the West. The story will attract audiences of popular contemporary movies such as the Kite Runner and the Brick Lane. A published author, Anne-Rae Vasquez, wrote the novel, Almost a Turkish Soap Opera (to be released in 2011), Gathering Dust, a collection of poems, and Teach Yourself Great Web Design in a Week, published by Sams.net (a division of Macmillan Publishing).

Almost a Turkish Soap Opera is a directorial debut, an original screenplay and novel by Anne-Rae Vasquez. Her love of watching Turkish soap opera series (dubbed in Arabic) inspired her to write a story in the style of a modern day Turkish soap opera.

Season 1 of the Web series, which is a prequel to the feature film, was launched in December 2011 as a weekly one 5 minute episode released on their YouTube channel and has since been syndicated on BlipTV, iTunes Video podcast, Web Series Channel, Mingle Media TV, Open Film channel, Viki Channel, Daily Motion, Web Series Network and more.

The interest in the film and the web series is reflected on the Almost a Turkish Soap Opera Facebook fan page which now has over 8400 fans and their YouTube channel has over 7800 subscribers and 215,000+ views. Sababa Emporium plans to release the feature film on DVD in the winter of 2012.

Updated information can be found at http://www.almostaturkishsoapopera.com .