The cunningly audacious Lady Lucinda Davenport is by no means a conventional woman. Smart and fiercely determined, she’s more comfortable adding numbers than she’ll ever be socializing with highfalutin’ members of the ton. When desperate straits force her into action to save her home and lands, she finds herself faced with only one option. Summoning every ounce of her courage, she sets in motion a wild and raunchy scheme that would set the ton on fire if they ever caught wind of her actions.Lucien Brandford, fourth Duke of Carlsborough, is a dangerous man. Wealthy beyond imagination and handsome to a fault, the Duke is sought after by nearly every woman of the ton. Single, widowed, or married, ladies vie for his attention with cutthroat precision. But the Duke has no tolerance for the machinations of fortune-hungry peers. He seeks his pleasure from women who require no commitment.

That attitude ensnares the Duke in Lady Lucinda’s plan. Caught unawares, Lucien finds himself at the mercy of a bold and luscious woman whom he cannot decide if he wants to strangle or bed.

Sensually spiced with a heavy dose of passion, this romantic bestseller comes complete with a memorable cast of characters. You won’t want to put this one down!
(54K words)


Desperate Desires is a great mix of romance and psychological thriller. It transports the reader from their couch to 17th century London, England, with all of its splendor, beauty and hardships.–Pacific Book ReviewI would recommend this if you are looking for a hot and satisfying read. Its quick and sensual and well worth the price given to it on the Kindle.

This book is about discovering who you are deep down inside where you keep your thoughts private and your desires to yourself. When Lucien and Lucinda get together they realize that there are not enough nights to quench their need for one another. Their story while not conventional is extremely enjoyable.

A DECADENT FEAST FOR THE SENSES!!, 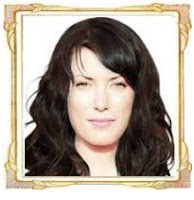 In late 2010, I was challenged by the question: “What is it that you’ve always wanted to do, but never allowed yourself to do because of fear?”

The resounding answer for me was: “I’ve always wanted to write an historical romance novel!”

Three months later, Desperate Desires was born. However, I’ll be the first to admit that the only reason I was able to complete it was because the storyline had been in the back of my head for close to 20 years.–Terri Wolffe