Like A Little Romance?
Then you’ll love our magical Kindle book search tools that will help you find these great bargains in the Romance category:

And for the next week all of these great reading choices are sponsored by our Brand New Romance of the Week by E. B. Walters’ Dangerous Love, so please check it out! 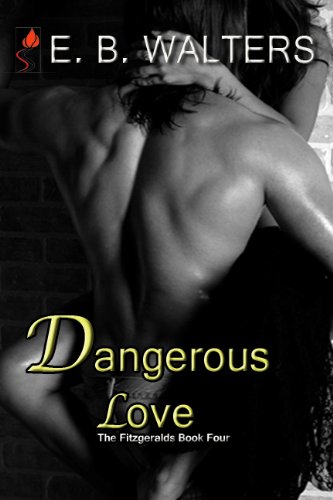 4.8 stars – 25 Reviews
Kindle Price: $2.99
Text-to-Speech and Lending: Enabled
Don’t have a Kindle? Get yours here.
Or check out the Audible.com version of Dangerous Love (Contemporary, Romantic Suspense, Sexy) (The Fitzgerald Family)
in its Audible Audio Edition, Unabridged!
Here’s the set-up:

She has her emotions on a tight leash…Born to a Las Vegas showgirl, fashion designer Faith Fitzgerald’s childhood was not easy, until her father found her and whisked her off to L.A. to join his wealthy family.

The rejection by some of her family members hurt, but Faith has moved on. Or so she thinks. She works hard and never lets her guard down, until the day she discovers that someone stole and sold her designs to her competitor and former mentor. To catch the thief and salvage her collection for Fall Fashion Week, Faith turns to her ex-lover, a man who works under the radar and gets results fast. The problem is she has not seen him since she dumped him so unceremoniously.

When former-FBI-agent-turned-security-consultant Kenneth ‘Ken’ Lambert receives a call from Faith asking for his services, he sees a chance to payback the gorgeous designer for the way she used him then walked out on him. But then he learns that she is being victimized by a man whose idea of love is both dangerous and toxic, Ken pushes aside his personal agenda and agrees to help her.

As their investigation progresses, Ken discovers that Faith’s calm exterior hides a woman of character and strength, a woman on the verge of falling apart. Can he help her find the answers she seeks or will she accept his offer instead—acceptance, unconditional love and support?

“I want to hire you to steal some designs from my competitor’s offices,” she said.
Ken choked on his drink and started to cough. “What?”
“I want to hire you—”
“Jeez, don’t repeat it. I got it the first time.” He looked toward the nearest tables to make sure his voice hadn’t drawn attention. A few people were looking their way. He got up, undid the knot holding the flaps of the cabana entrance, so the white material fell into place, giving them total privacy. He pinned Faith with a hard gaze as he sat.
“Why would you want me to do something like that?” he asked, not masking his shock.
“Because he stole my designs, and I want proof so I can plan my next move.”
The relief that raced through Ken left him light-headed. He gulped his drink, wishing it was something stronger. He glowered at the maddening woman in front of him. Why did she always throw him a curve ball when he least expected it?
“Why didn’t you just say so in the first place?”
She shrugged. “I needed to get your attention…”

“I loved this book! I thought the story was presented really well, and I really like the Fitzgeralds! These stories keep you engaged and wanting to find out what happens next. Each story can be read individually or as an entire series, which I think is great. I’ve recommended the Fitzgerald series to so many people since I came across it after reading 50 Shades.” —omgitsJacki

“What a great match Ken was for Faith. I was hoping that he would have his own story and I wasn’t disappointed. There was so much chemistry between them and very hot scenes as well. I readily enjoyed learning alittle more about the Fizgerald family and their history. This was a great read and a keeper. —Maria C. Gutierrez “romance junkie” Visalia, Calif., USA