Whether you like classic crime yarns by Hammett and Highsmith or contemporary thrillers by Larsson and Brown, you’ll find lots to love in Dangerous Illusions by Joseph J. Gabriele – A steal at just $2.99 on Kindle

And for the next week all of these great reading choices are brought to you by our brand new Thriller of the Week, by Joseph J. Gabriele’s Dangerous Illusions. Please check it out! 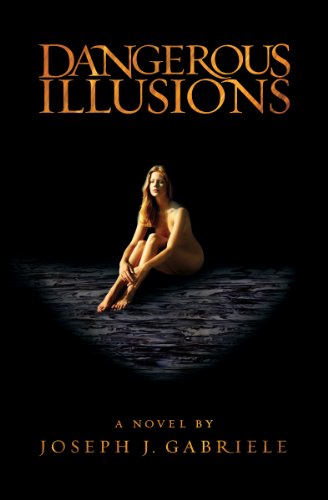 In a beguiling tale of deception and murder, desire and theft, seduction and betrayal—where nothing is what it appears to be—a man is murdered and an iconic musical instrument is stolen during a gathering at Eliot Sexton’s Park Avenue apartment. The stolen item—an object of desire worshipped by millions—is the key to solving the crime, or so the detective brought in to investigate believes. The murder, however, is not nearly as straightforward as it seems—nor is the theft.

Though the island of Manhattan presents no shortage of suspects—many of them capable of killing to satisfy their appetites—Eliot, a young economic historian and writer, soon becomes the prime suspect. As he draws closer to the truth behind the theft and murder, he also becomes the killer’s next target.

Irreverent, provocative, and utterly unpredictable, Dangerous Illusions is a weeklong polyrhythmic journey into contemporary New York that will keep readers guessing right up to its thrilling conclusion.

This book is so much more than a mystery. I admired the quality of the writing—it has a certain musicality to it, managing to be both lyrical and rhythmic—which, given the subject matter, is quite appropriate. The writing was extraordinarily evocative and I loved the local color throughout. I really felt that I was in the locations—the apartment house, the hotel, Music Row, the carriage house, the trip to SoHo, the speakeasy. The author perfectly captures the sights and sounds of New York City. I recognized some of the locations, but not all, and I couldn’t help but wonder if they are based on real places. I also thought the same about many of the characters, as Gabriele draws them with a knowing insight and wit. And like all of the best crime fiction, this is about so much more than a murder, it’s about the world we live in now.

Joseph J. Gabriele is a graduate of Boston University, where he studied English Language and Literature. His publishing career includes experience at a number of leading New York trade publishers, including Doubleday & Company, John Wiley & Sons, and Simon & Schuster. He is a member of the Authors Guild.