One horrible rock slide leaves the two strangers stuck together…whether they want to be or not. Lost: A Mountain Man Rescue Romance by J. S. Scott 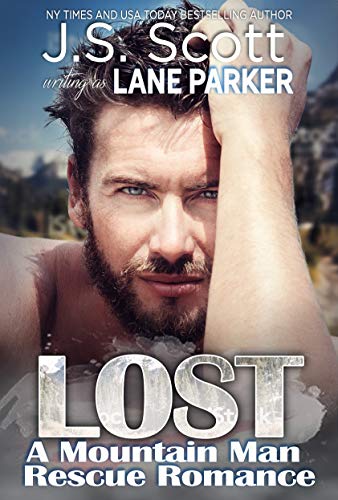 A sexy, moody, broody mountain man who only wants his solitude. A city woman trying to find herself in the backwoods. One horrible rock slide that leaves the two strangers stuck together…whether they want to be or not.

I’ve been holed up in my crappy, one room cabin in the back country of Colorado for so long that I’m basically not even human anymore. And I’m not here because I have to be. I’m not some crazy prepper who thinks the apocalypse is coming, and I’m not running from the law.

I’m just an artist who gets lost in the creation of my wood sculptures, and I’m alone because I like it this way. I do my best work when I’m separated from the rest of the world And for the most part, people suck, and there isn’t anybody back in civilization who will ever notice that I’m not there anyway.

I’m so far off the beaten path that it’s rare for me to see another human at all, and I’m perfectly fine with that…until Keeley Norton comes crashing into my solitary life–literally.

It isn’t like I really want to rescue the woman and haul her back to my cabin. But I can’t leave her on the side of the mountain injured, either. I might be a surly jerk, but even I can’t be that heartless.

Basically, I’m screwed in more ways than one.

Luckily, she only has to be stuck with me for a few days. I can handle that, right? Even if I don’t want her in my cabin, what can happen in forty-eight hours?

Problem is, I didn’t count on the way she makes me feel every time I look into her sexy, smoldering dark eyes. All I really want to do is nail her. Against the wall. Bent over my rickety table. Any time or any place is fine with me. And believe me, I fantasize about every single location as the hours tick by.

My plan is to just ignore her until she can get back to her own place, but that idea isn’t working out so well.

Turns out, Keeley isn’t a woman who is easily ignored.

She’s chatty — which really should drive me crazy since I’m a guy of few words, but it grows on me.

She’s kind and not the type to judge — even though she’s a smart-mouthed city woman who doesn’t have a clue how to survive in the backwoods.

All in all, Keeley is way more dangerous to me than any four-legged predator in the woods.

Simply put, she’s exactly the kind of woman I need to avoid.

And I try to keep my distance. I want to keep my secrets to myself, and the last thing I want is to be painfully pried open by a female who will be gone in a matter of a few days.

I’m a master at avoiding complications, but Keeley is an unholy temptation that even a hardened loner like me might not be able to resist…