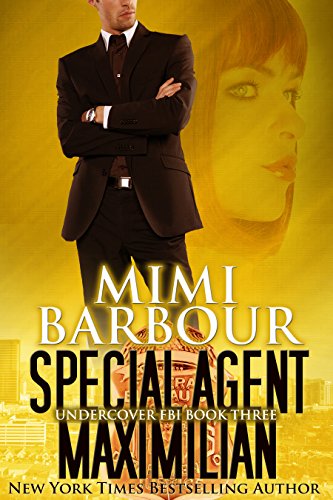 Identical twins but different men – she loves both!

In this electrifying romantic suspense set in the steamy streets of New Orleans, Lieutenant Commander Nik Baudin, accidentally meets up with an identical twin he never knew existed. When his brother Max goes missing, Nik assumes his identity as Special Agent Maximilian. This gives him access to FBI files making it easier to arrest the gangsters who attacked his brother and to stop their trafficking of underage girls. Being that Nik has specialized commando training, he’s the perfect man for the job – that’s if his PTSD doesn’t kick in and leave him cowering in a corner.

Special Agent Maya Barnes can’t believe it when she spots her partner, Max Foster, wandering along the French market without a care in the world. Since he’d been beaten and had gone missing weeks earlier, they all believed him dead. There’s only one problem… though this man might look exactly like the missing agent, she knows differently. In all the years they’ve worked together, she’s never wanted to have mind-blowing sex with her partner before.

“Mimi is a great storyteller infusing her book with humor, car chases and attempted murder sprinkled with a few sizzling sex scenes. A great read for a lazy summer day.” ~Reviewed by Anne C. Schneider “”gardenia””

Special Agent Kandice – Undercover FBI Book 4
Special Agent Kandice wants to be tough like the others on her team. And she wants to impress her new aloof boss, Dan Black. Being the chief hostage negotiator at a bank heist starts the process. Being stalked, kidnapped and beaten helps see it through. In the end, pulling the trigger comes easy…

Special Agent Booker – Undercover FBI Book #5
Sloan Booker has multiple quirky dads & a vehicle restoration shop that keeps him away from his job as an FBI agent. When terrorists threaten his neighborhood, he’s back in the game. This time, with a partner – a gorgeous chick who looks like a super model, has a little boy she needs to protect and exhibits a disposition that’s downright cranky.